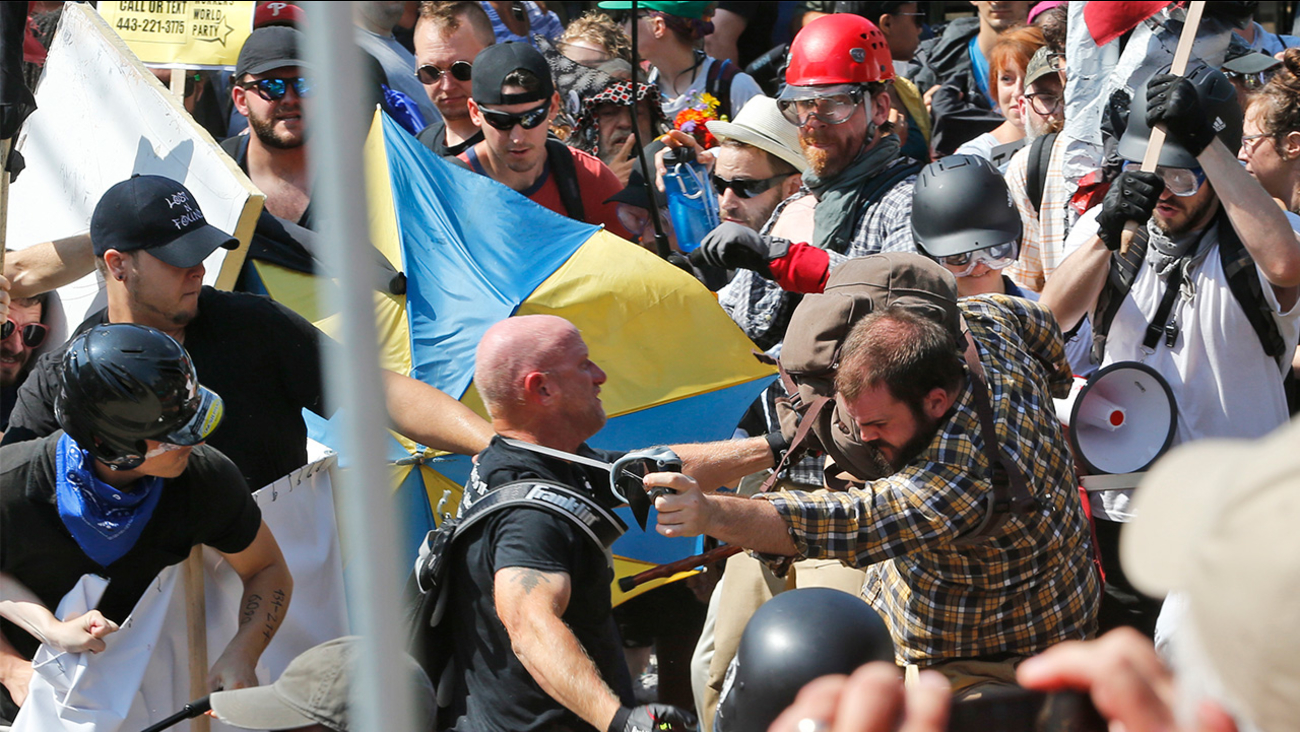 The following is an opinion piece submitted by North Carolina Senate President Pro Tempore Phil Berger to ABC11. The views, opinions and positions expressed by the author and those providing comments are theirs alone, and do not necessarily reflect the views, opinions or positions of ABC11.

Over the past few days, my office has been inundated with media requests for immediate comment on the recent events in Charlottesville and Durham followed by Gov. Roy Cooper's call to remove public monuments related to the Civil War. Greater minds than mine may be able to elucidate quick and simple responses that fit neatly into a 20-second TV soundbite or a 140-character Tweet while still adequately reflecting on the complex issues driving each of these events. But the more I've thought about these issues, the clearer it has become to me that reactionary rhetoric and knee-jerk responses to these events are making things worse. As political leaders, we need to carefully reflect on the issues behind these events, study them and think them through.

Let's start with the simple part:

* The hatred that wrought murder in Charlottesville was repulsive and horrific, and the white supremacy movement has no place in America.
* What followed in Durham was discouraging and sad, as rioting and vandalism are not acceptable ways to make political points in North Carolina.

Roy Cooper's reactionary and divisive statements on Tuesday were extremely disappointing and not the type of steady leadership the people of this state expect from our governors. Falsely portraying a bill that passed the state House as providing a "safe haven" to "those who attack protesters, weaponizing their vehicles like terrorists" to incite and inflame his partisan supporters and stir the pot of division was beyond the pale.

Now for the complicated part:

One of the few people I've seen speak sensibly and with true reflection on the Charlottesville violence is the father of the young woman who was killed senselessly. He said:

"People need to forgive each other. I include myself in that in forgiving the guy who did this. I just think about what the Lord said on the cross, 'Forgive them. They don't know what they're doing.'"

As a society, we need to take time to reflect on his comments.

One thing that struck me about these recent events is, 75 years after hundreds of thousands of young Americans of all backgrounds selflessly gave their lives fighting against the most frightening illustrations of Nazism and Authoritarianism this world has ever seen, how many young Americans are now standing among the white nationalists, communists and anarchists. Our First Amendment guarantees Americans the right to free speech, but throughout our history we've trusted and believed that free people will ultimately reject extremist ideologies. Why are these wicked and disproven political philosophies finding new converts among young Americans today? And what steps should our leaders be taking to address what is happening?

President John Quincy Adams described slavery as "the great and foul stain upon the North American Union." A century and a half after a terrible and bloody civil war and the adoption of the 13th Amendment to the Constitution abolishing slavery, it is clear that stain has not been wiped away. The post-Civil War South and the segregation era were marked by terrible violence against African-Americans on account of their skin color. Much of that violence was perpetrated by Klansmen and tolerated or encouraged by elected officials. As a child, I remember segregated schools, movie theaters, bathrooms and drinking fountains of the Jim Crow South - all occurring and approved by state law. The changes that have occurred over the past sixty years have not always been smooth or easy for our country and state, but I sincerely believe we, as a society, have made substantial progress in matters involving race relations. Yet more needs to be done.

I understand that some view Confederate monuments around our state as monuments celebrating slavery and segregation, some see them as monuments honoring their ancestors, while others view them as reminders of the stain that slavery and segregation left on our state and country. Whatever someone's feelings about these monuments, our society cannot accept riots as a way to remove them. The lawlessness on display in Durham this past Monday is something that cannot be tolerated, and I applaud the Durham County Sheriff's Office for actively investigating and bringing the criminal offenders to account. And while I rarely agree with the News & Observer's editorial board, they were right to state "violence and vandalism is not the way."

Personally, I do not think an impulsive decision to pull down every Confederate monument in North Carolina is wise. In my opinion, rewriting history is a fool's errand, and those trying to rewrite history unfortunately are likely taking a first step toward repeating it. Two years ago, the state Senate unanimously passed a bill that tried to reduce the politics in making these decisions. I believe many current members of the Senate would be hesitant to begin erasing our state and country's history by replacing that process with a unilateral removal of all monuments with no public discourse.

I don't have a lot of answers about what we can do to heal the wounds of racial injustice that still exist in our state and country. But I know it won't happen with angry mobs. It won't happen with opportunistic politicians trying to drive a wedge further between us. It will require our leaders to show some humility and compassion as we try to chart a path forward.