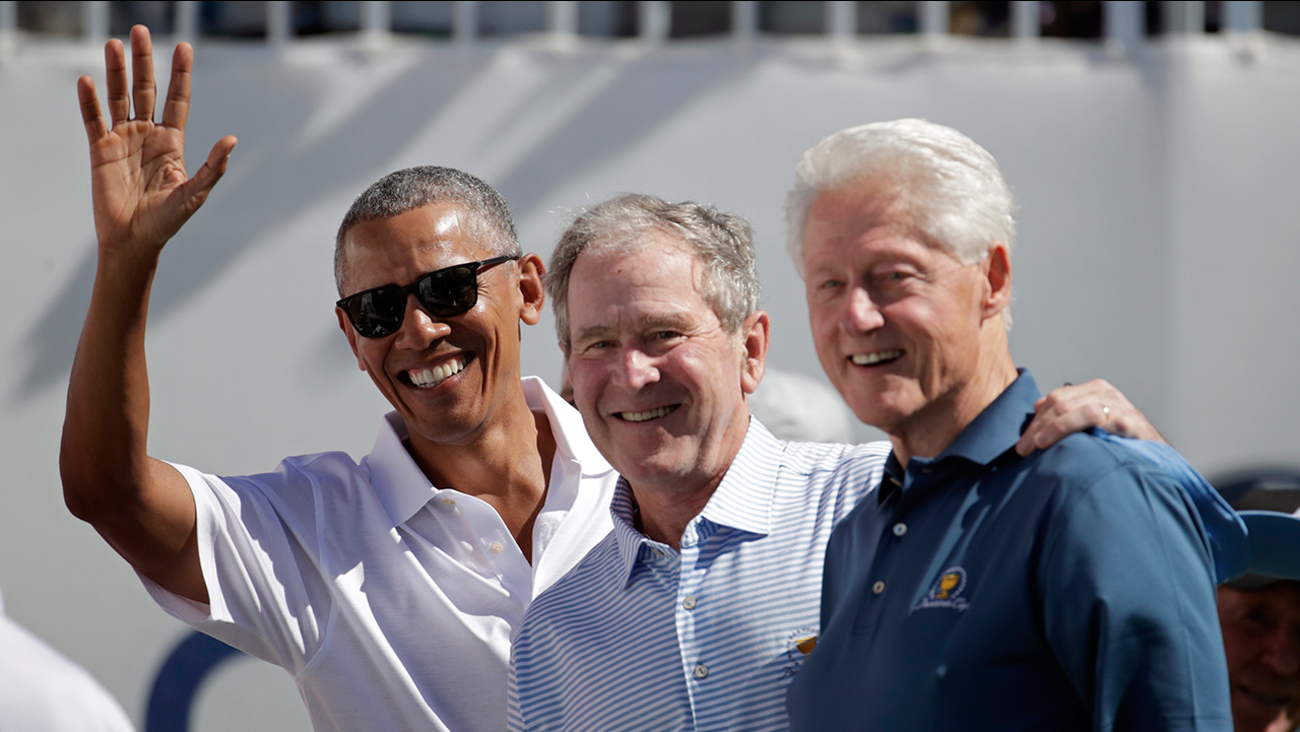 Although the PGA Tour confirmed the three former presidents would be here Thursday, the organization would not comment on a Golf Channel report that Trump will make an appearance Sunday.