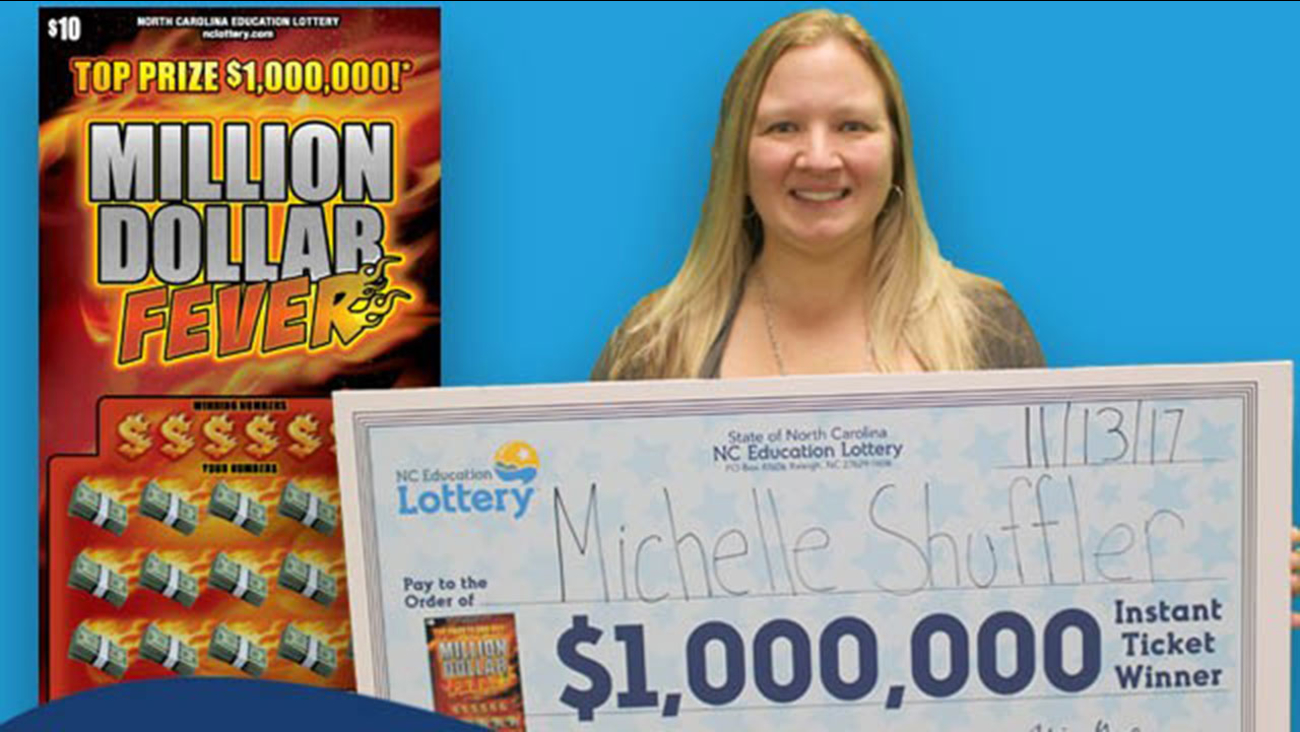 When she scratched the second Million Dollar Fever ticket, she realized she had in fact beat the odds and won $1 million.

Shuffler claimed both prizes Monday afternoon at lottery headquarters in Raleigh. For the $1 million prize, she had the choice of taking an annuity that has 20 payments of $50,000 a year or a lump sum of $600,000. She chose the annuity. She received her first payment of $50,000. After required state and federal tax withholdings, she took home $34,753. She will get an additional payment each year for the next 19 years. Shuffler plans to use the money to save for retirement and add to her children's college funds.