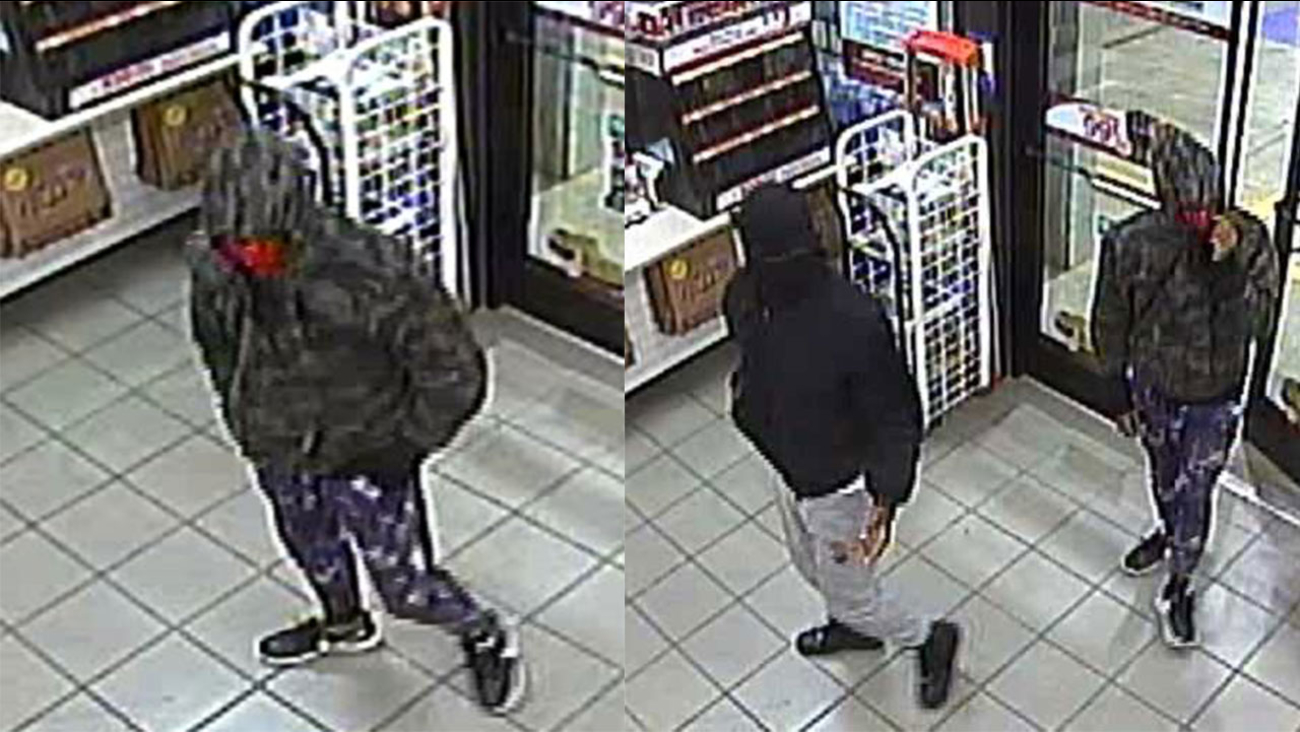 WTVD
CALYTON, North Carolina (WTVD) -- The Clayton Police Department is searching for two men who robbed the Speedway gas station located at 8060 US-70 Business West near Powhatan Road on Saturday.

Authorities said that at about 1 a.m the two men walked in through the front door wearing hoods and face masks.

One man was carrying a handgun, possibly a BB gun since the clerk described it has an orange tip.

They asked the cashier to open the cash drawer and then took away with money.

The cashier was unharmed and managed to call 911 after the robbery.

Police describe the first man as a black male in his mid to late 20's, 5'10 to 6' tall of medium build. He was wearing a black hoodie, grey pajama pants, black shoes, a black mask (similar to ski mask), and held a handgun.

The second man was also a black male in his mid to late 20s, 5'10 to 6' tall, also of medium build. He was wearing a camo jacket, purple pajama pants with stars on same, black shoes, red bandana over face

If anyone saw anything in that area around 1 a.m. or recognizes these two men, please call Det. Colonel Kilpatrick at 919-553-4611.

ABC11 has decided to slowly reduce the number of stories on the website that have a comments section. We believe very strongly that our audience should have an opportunity to discuss and debate events in our world, however, we have not been able to moderate the comments as well as we would like. Instead of hosting a platform that could allow a few loud and ugly voices to dominate a conversation, we want to encourage everyone to join us on our social media platforms and speak out there. Facebook: facebook.com/ABC11 Twitter: twitter.com/ABC11_WTVD
Report a correction or typo
Related topics:
claytoncrimerobberyarmed robbery
Copyright © 2020 WTVD-TV. All Rights Reserved.
More Videos
From CNN Newsource affiliates
TOP STORIES