Firefighters among 33 injured after explosions, fire at cosmetics plant in New Windsor, NY

WABC
By Eyewitness News
NEW WINDSOR, New York -- More than two dozen people, including firefighters, were injured in a fire that followed an explosion at a manufacturing plant in New York's Hudson Valley.

The explosion happened at around 10:15 a.m. Monday in the north section of Verla International - a business that makes cosmetics, primarily nail polish. It's located at 463 Temple Hill Road in New Windsor in Orange County.

At about 10:40 a.m., a second explosion occurred at the plant, New Windsor police said.

Altogether, 33 people were injured in the fire. Seven of them are firefighters for the city of Newburgh. All of the people injured are expected to survive. One person remains unaccounted for.

Emergency officials have issued a shelter-in-place alert for people who are in the immediate area of the plant.


Vails Gate firefighters are currently at the scene fighting the fire, as well as hazmat teams. One big concern is whether the odor in the immediate area is safe or toxic.

-------------------------
ABC11 has decided to slowly reduce the number of stories on the website that have a comments section. We believe very strongly that our audience should have an opportunity to discuss and debate events in our world, however, we have not been able to moderate the comments as well as we would like. Instead of hosting a platform that could allow a few loud and ugly voices to dominate a conversation, we want to encourage everyone to join us on our social media platforms and speak out there. Facebook: facebook.com/ABC11 Twitter: twitter.com/ABC11_WTVD
Report a correction or typo
Related topics:
new windsororange countyexplosionmanufacturingfire
Copyright © 2020 WABC-TV. All Rights Reserved.
EXPLOSION

$1M worth of Corvettes trapped after Houston explosion 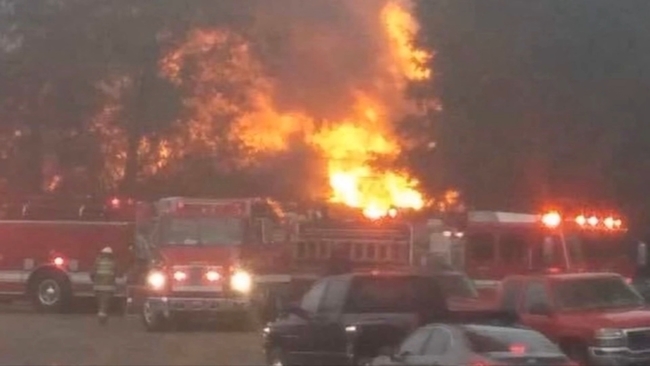