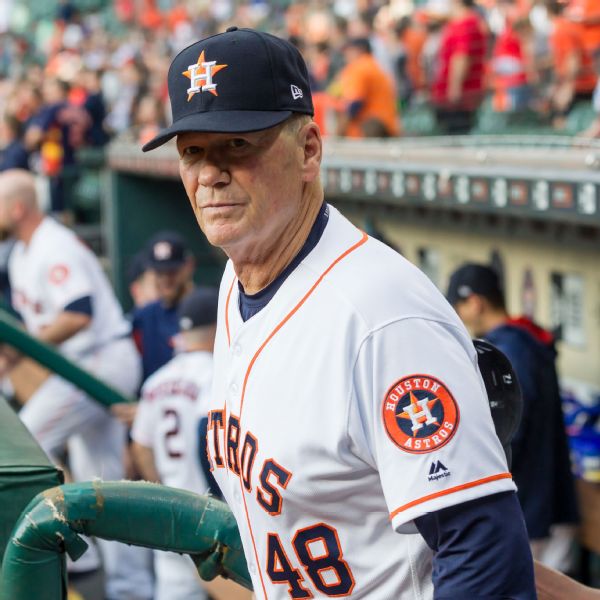 When surgeons began operating on Houston Astros first-base coach Rich Dauer for an acute subdural hematoma just after the team's World Series championship parade in November, doctors told Dauer's wife and friends that he had just a 3 percent chance of survival, according to a report from The Athletic that detailed the rush to save Dauer and his unlikely rapid recovery.

Dauer, 65, who had already decided to retire, slipped on a wet floor and hit the side of his head on Nov. 2, the night before he rode in the parade through downtown Houston. Dauer told The Athletic that he didn't even have a headache after falling and never considered skipping the parade.

During a rally at City Hall following the parade, Dauer began to stagger, and according to The Athletic, he told assistant hitting coach Alonzo Powell, "I don't really feel too good."

Many members of the organization told The Athletic that, at the time, they simply thought Dauer was suffering from dehydration. Soon, though, EMTs were carrying him from the stage on a stretcher and placing it on the back of a golf cart to reach the nearest ambulance, which was three blocks away. After a lengthy delay due to traffic, Dauer was taken to Houston Methodist.

Dauer was in respiratory arrest at the hospital and required a breathing tube. Dr. James Muntz, a team physician who specializes in internal bleeding, told The Athletic, "He was unresponsive, just a disaster."

A CT scan showed the presence of blood on Dauer's brain, a problem made worse by the fact that Dauer was on a blood thinner due to a heart condition.

Neurosurgeon Dr. David Cech said that when he began the approximately three-hour surgery, Dauer was in a coma, "almost brain dead." In addition to removing the blood that was around Dauer's brain, Cech and his team stopped the bleeding and relieved pressure on Dauer's brain stem by pushing his brain back toward the right side after it had shifted about a centimeter to the left.

After the surgery, Cech told Dauer's wife, Chris, that he wouldn't know the extent of any brain damage until Dauer woke up. Cech said that he also told Chris Dauer he was cautiously optimistic because the surgery had gone well.

"The magnitude of what he had wrong was intimidating, astonishing," Lintner said. "The pace of his recovery was just as astonishing."