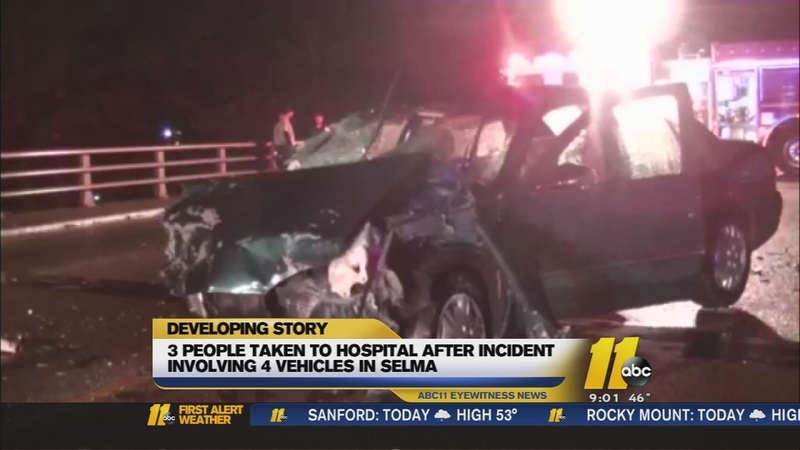 SELMA, N.C. (WTVD) -- Three people were sent to the hospital after a driver crashed into three other vehicles in Johnston County early Saturday morning.

Police say a driver rear-ended a car there, drove off, and hit a second car.

The driver was then pushed into the oncoming lane, where a third car was hit.

Three people were taken to Johnston Health, but it's not clear from which vehicles.

Police are testing all the drivers for alcohol, which they believe was a factor.