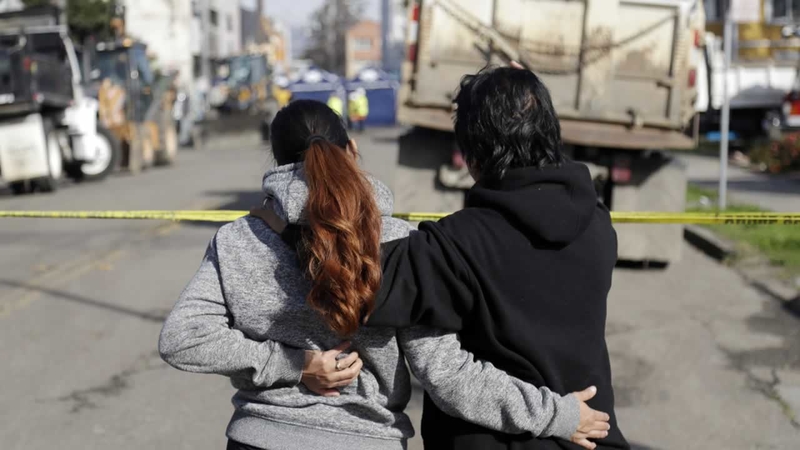 OAKLAND, Calif. -- Work crews have stopped searching through the scene of Friday night's deadly warehouse fire after the building was deemed unsafe. There have been 36 victims confirmed in the fire.
The fire chief said they are in a work stoppage right now. Officials decided last night that it wasn't safe for firefighters to be inside the building.

Someone on the roof was looking down noticed that the front side of the building was leaning, so they decided to call it.

PHOTOS: Some of the victims of the tragic Oakland Ghost Ship fire


Firefighters said they feel very strongly they know the point of origin for the warehouse fire. They say it was right underneath where the dance floor was during the party at Ghost Ship warehouse Friday.

They say they're studying an area where there is twisted steel and they see where the fire spread from there.
That is the indication to them that they have found the right location. They say it was the back of the building.

ATF agents are also helping with the investigation.

They say twisted steel comes from an extremely hot fire.

PHOTOS: A look inside the Oakland Ghost Ship collective warehouse

"We can see fire spread. ATF and our local investigators feel very strongly that they have identified the section of the building that is the area of origin," Oakland Fire Batt. Chief Melinda Drayton said.

Officials also updated the death toll to 36 victims. They do expect to release some names of victims later this afternoon but want to give family members time to reach out to other relatives before they release the names to reporters.