4 taken to hospital after school bus crash in Raleigh 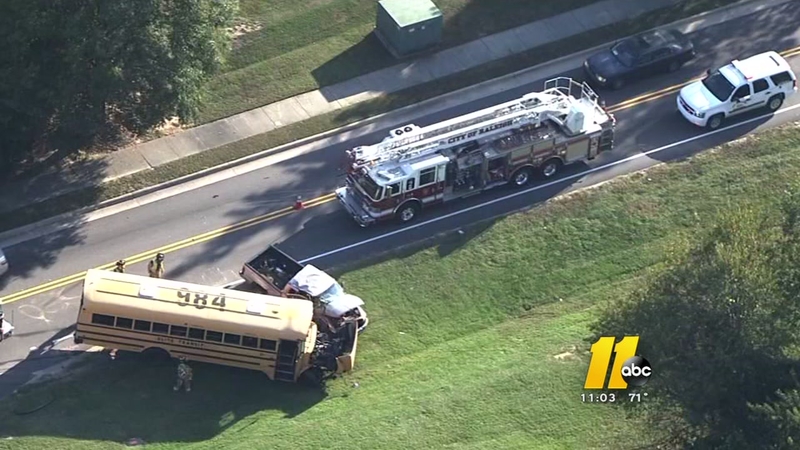 RALEIGH (WTVD) -- Raleigh police said four people were rushed to the hospital after a pickup truck collided with a school bus on Skycrest Drive near Diquedo Drive.

Chopper 11 HD was over the scene around 4:30 p.m. as emergency crews inspected Elite Transit bus 984.

Raleigh Police said three children and one adult in the pickup were taken to WakeMed.

On Thursday evening, police said the pickup, driven by Jessica Lavern Perry of Raleigh, crossed the solid double center line into oncoming traffic and crashed into the school bus, which was traveling in the opposite direction.

Perry said she swerved left to avoid hitting a car that was stopped in front of her.

Perry was taken to the hospital for treatment, as were her passengers, Natilia Milhouse, 12, Shyneesa Perry, 10, and Kaliah Perry, 8, all of the same address as Jessica Perry.

A spokesperson with Elite Transit told ABC11 they are busy contacting parents.

The bus driver, Jayson Jamaal Morings, of Raleigh was not injured. The 10 children on the bus also escaped injury.