6 dead after school bus and commuter bus crash in Baltimore 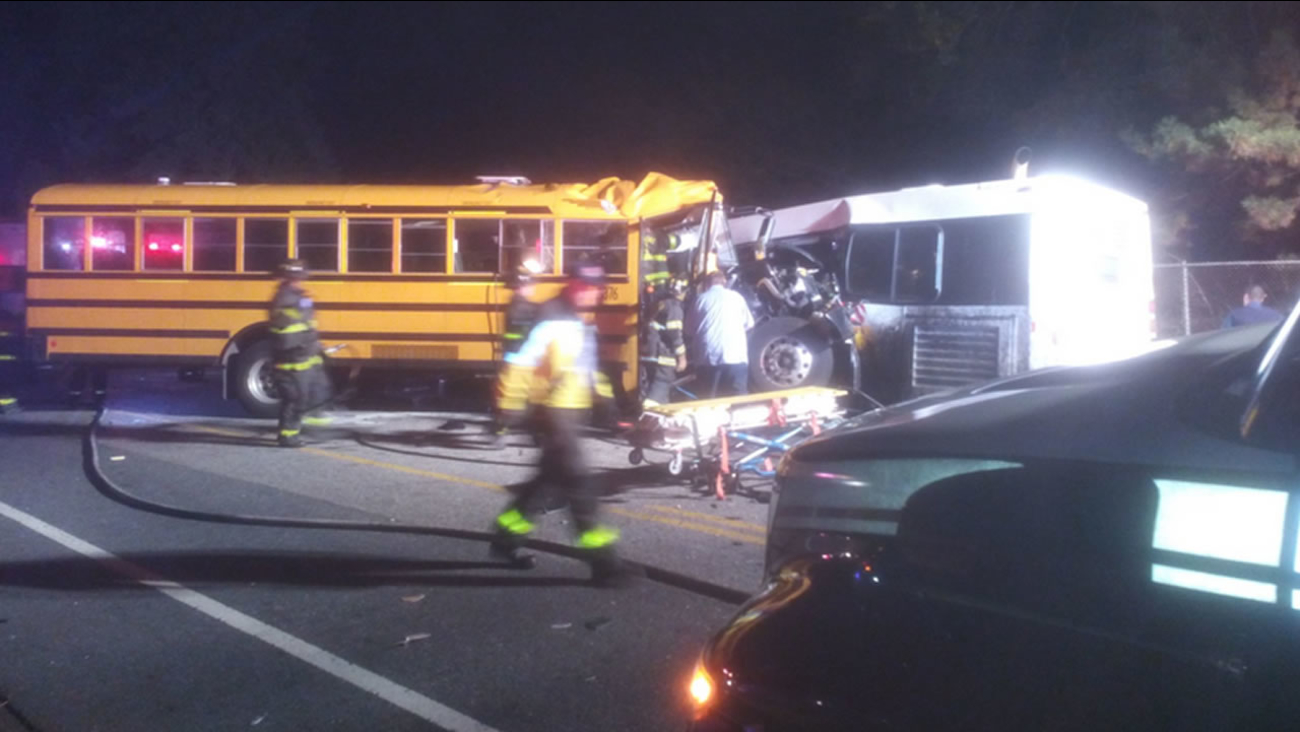 There were no children on the bus.

University of Maryland Medical Center spokeswoman Lisa Clough says the hospital received one patient in critical condition and four others in fair condition.

Video from above the scene shows the front part of a yellow school bus smashed into the side of a Maryland Transit Administration bus. The driver's side of the MTA bus is ripped off with debris spilling down onto the road.