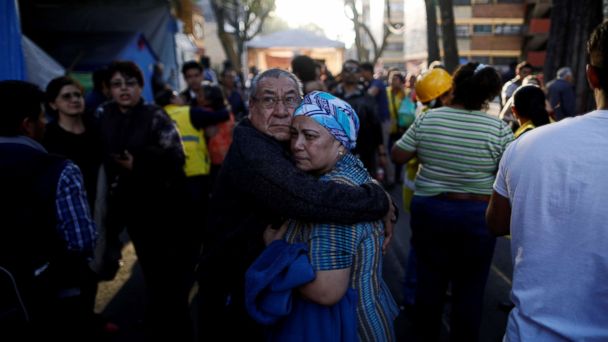 A 7.2 magnitude earthquake struck in the state of Oaxaca, Mexico, south of Mexico City, Friday evening, according to the U.S. Geological Survey.

Video on social media showed buildings shaking in Mexico City. People in the city gathered on the streets as sirens blared.

"My condolences and solidarity with the relatives of the people who unfortunately lost their lives in the wake of the unfortunate accident we suffered a few hours ago," Murat tweeted in Spanish.

The Mexico City Government wrote on Twitter, "Before returning to your homes, it is important to check if there are any damages, turn off gas lines and disconnect energy sources."

The quake was 15 miles deep, according to the U.S. Geological Survey. The National Seismological Service said 59 aftershocks had been detected before 6:30 p.m. local time.