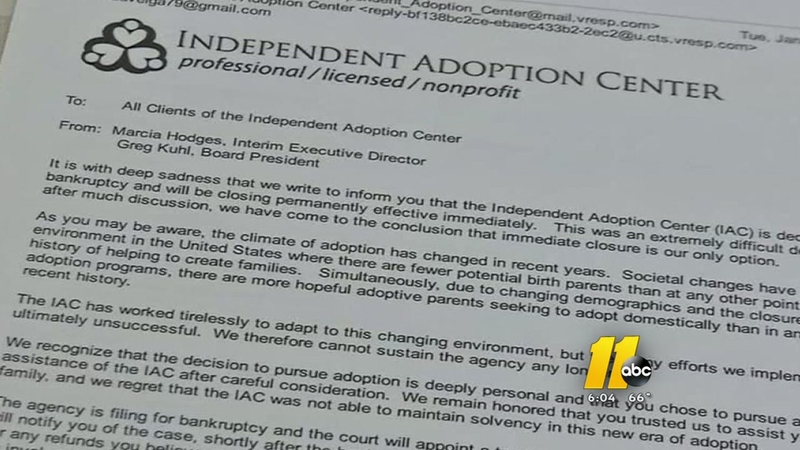 RALEIGH (WTVD) -- Alicia and Brett Michel dreamed of expanding their family after the successful adoption of their son, but after putting down money with Independent Adoption Center three months ago, their dreams were shattered.

The agency announced last week it was filing for Chapter 7 bankruptcy.

It was Alicia's birthday.

"It was like shock at first, and then we were heartbroken. You just can't get that kind of money back that quickly," said Alicia.

The Michel family invested $23,000 and are now one of the many families fighting to get back their money.

1,886 adoptions were in progress at varying stages when the non-profit abruptly closed, including 174 adoptions in North Carolina according to IAC spokesman David Perry.

"I absolutely think they probably knew they were headed down this path. There's no doubt in my mind. You don't go bankrupt overnight," said Alicia.

The Michels are seeking legal advice as they try to figure out their next steps.

They say they're still considering adoption but are still unsure how to make it happen.

"You go into this process thinking you're going to end up with a baby in the end, but not this time," said Alicia.

A Meeting of Creditors is set for March 14 in San Francisco.

If you need to file a claim, click here. 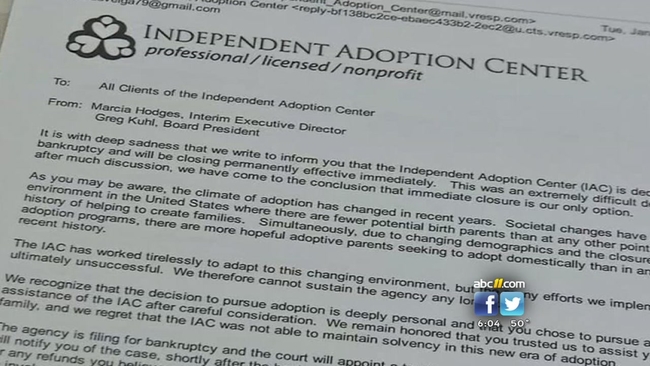 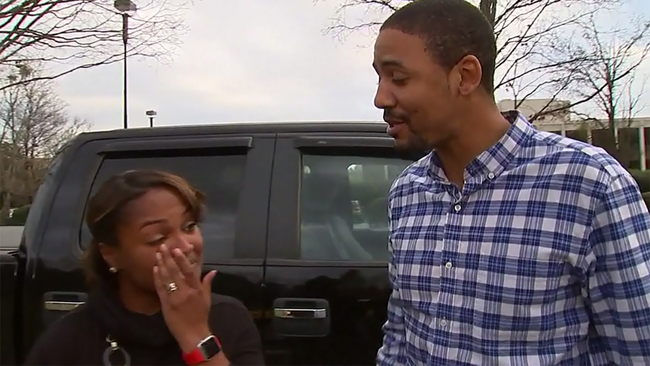