WTVD
By Joel Brown
RALEIGH, North Carolina (WTVD) -- Now out of his wheelchair and walking on crutches, Nestor Avila is enjoying his newfound freedom.

"It feels incredible," Avila said Wednesday from the downtown Raleigh offices of his attorney.

When ABC 11 last spoke to the 26-year old Apex resident and Appalachian State University graduate, it was by phone while he was locked up inside a federal immigration detention center in Georgia.

"It's absolutely miserable. I've never hated a place before, and I can truly say I do," Avila said back in March.

Earlier this month, a judge allowed Avila to be freed on bond while he and his attorney fight the complicated legal battle to keep him in the country and out of jail.

It was last August, Avila was arrested for a second time on DWI charges. His arrest got the attention of immigration officials who revoked his protected status under the Deferred Action for Childhood Arrivals or DACA program and landed Avila in immigration limbo at the detention center.

Then came a twist in the case on Interstate 40 in Durham. In a fit of alleged road rage, a driver rammed into the ICE transport van Avila was riding in; severely injuring Avila's foot. He said doctors told him they may have to amputate.

"I was diagnosed with osteomyelitis. That was terrifying," Avila said.

Now free on bond, Avila's prognosis has improved. He says an orthopedic expert has advised him he won't lose his foot.

New at 11: After 11 months in immigration detention, Apex "dreamer" is free on bond; talks about legal and health challenges ahead. #abc11 pic.twitter.com/RfmnGXzYR9

"I feel excited about that. So I'm working hard on recovery and just moving forward," Avila said.

But Avila won't move forward without handling the legal cloud over him. First, those DWIs.

"Both were very weak cases. In fact, one has been dismissed," said Avila's attorney Nardine Guirguis. "And one is awaiting adjudication by way of trial."

In fact, Avila's testimony in the Durham County prosecutors' case against the alleged road rage driver who hit his ICE van may entitle to him to a U-visa. Those are visas for nonimmigrants who become victims of serious crimes. They can ultimately lead to a green card.

"It is because of Nestor that God willingly we will be able to see justice arise in this case," Guirguis said.

It may be another year before Avila finds out whether he gets his U-visa. Meantime, the Durham County District Attorney is preparing to present the case against that alleged road rage driver to a grand jury. If the case goes to trial, Avila will be a critical witness. 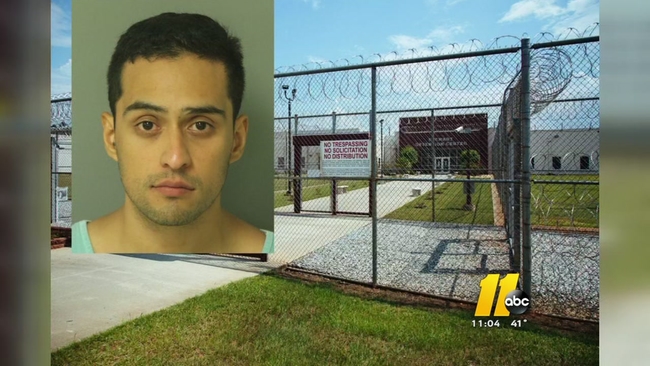