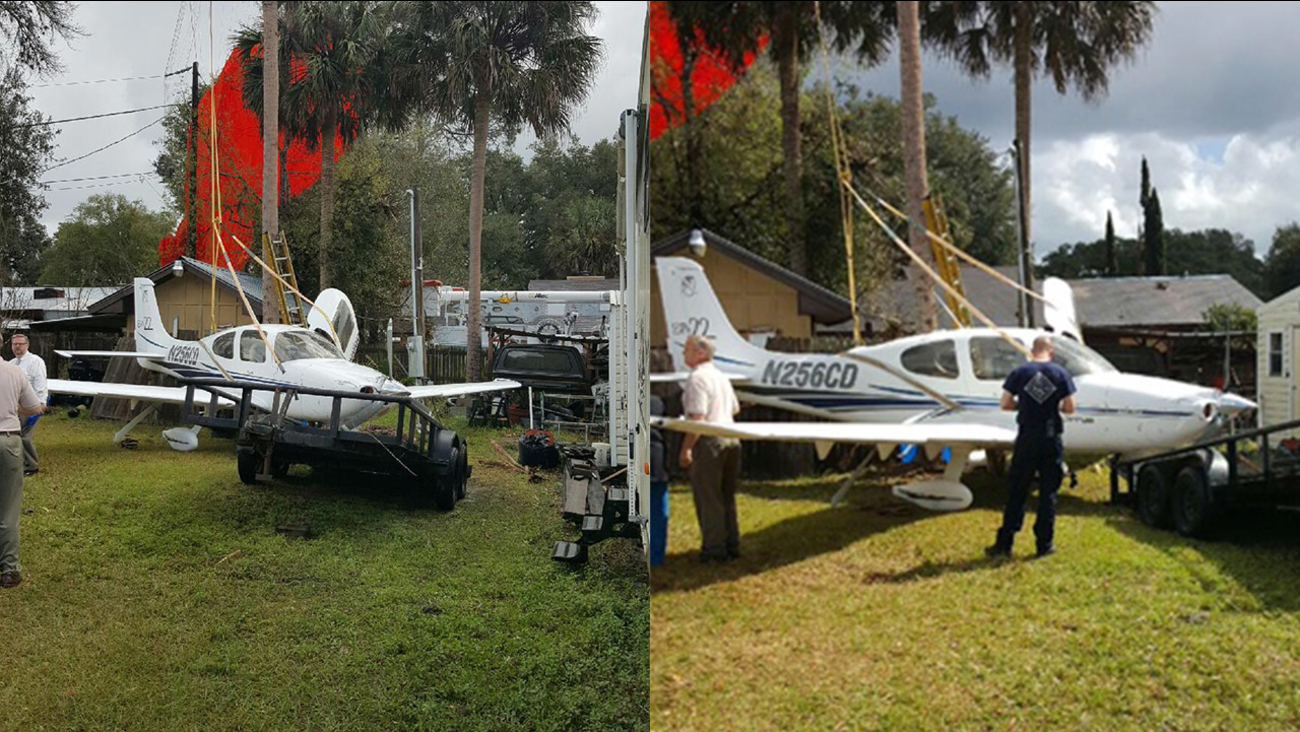 The pilot, David Thomas, was taken to the hospital with minor injuries, according to the Florida Highway Patrol. Officials say he had to use the plane's parachute to assist in the landing. He was headed for a local airport when the aircraft crashed.

Richard Jackson, the homeowner where the plane went down, said it "sounded like an explosion," First Coast News reports.

"I looked up and here comes a plane crashing down out of the sky with a parachute behind it. It landed in my backyard," he said.

Jackson says Thomas was released from the hospital Tuesday afternoon and credits the parachute with saving his life.