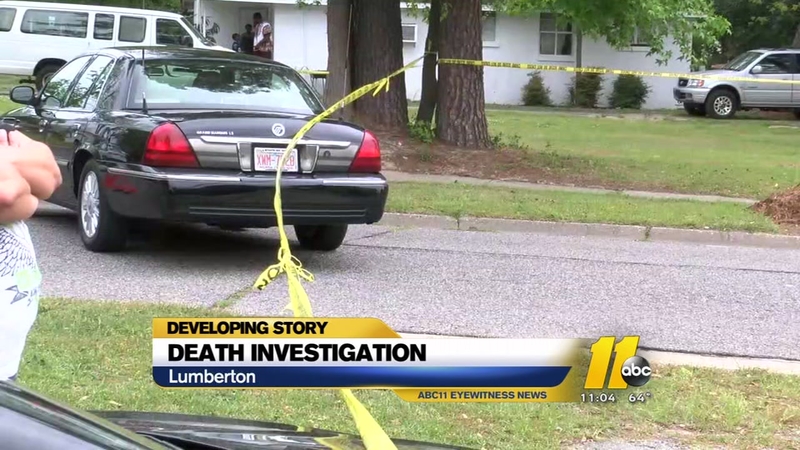 LUMBERTON, North Carolina (WTVD) -- The Lumberton Police Department says its detectives and the SBI are investigating at two separate crime scenes where bodies have been found.

One is at 505 Peachtree Street and the other is across the street at 702 East 5th Street.

Lumberton Police Capt. Terry Parker told area media outlets that officers responded after receiving a call about a body at a location just east of Interstate 95. It was during that investigation that a second body was found across the street about 360 feet away.

The Robeson County Medical Examiner said one woman was found inside a home and another across the street in a trash can.

Two female bodies were found in different locations in a Lumberton neighborhood.

Neighbors told ABC affiliate WPDE that officers were inside the home investigating that woman's death when bystanders found another woman dead in the trash can.

"We all standing over there being nosy as usual. And kept smelling a foul odor. Girl was leaning up on a trash can and say somebody need to move this trash can. And that's when they lifted the lid and there was a body in the trash can," Dallice Butler told WPDE.

Bodies were found at two locations.

The medical examiner will perform autopsies on both bodies.

The State Bureau of Investigation has joined Lumberton police in looking into the deaths.

It's not known whether the two deaths are related.