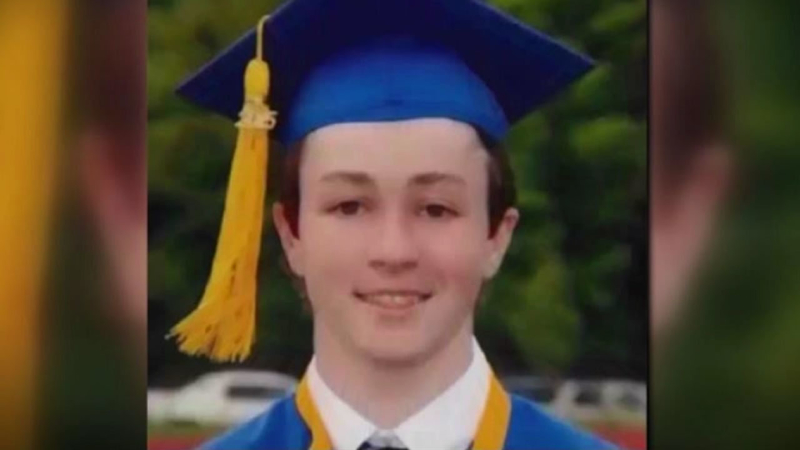 FRANKLIN, Massachusetts (WTVD) -- Authorities said Monday that a body found Saturday has been positively identified as a Duke University student who had been missing for nearly a week.

Police said the body of 20-year-old Michael Doherty was found in Franklin, Massachusetts by civilian searchers around 2:30 p.m. Saturday.

The body was located in a wooded area near Interstate 495, which is a short distance away from where Doherty was last seen.

Last week, his mom Nancy addressed reporters wearing a Duke University T-shirt and explained her son dreamed of going to school in Durham since he was in tenth grade.

"He got in early decision," she said. "He loved it there."

He played ice hockey for the school. The team's Facebook profile picture has recently been changed to reflect Doherty's initials and his jersey number, 18.

Doherty was back home in Massachusetts for summer break when he vanished. His parents reported him missing after he didn't return from a party.

"Our son was the love of our life. His brothers miss him terribly," said Nancy.

In a press conference, police announced that they believe there is no evidence of foul play.

"The thoughts and prayers of all the members of the Franklin Police Department and all of the other agencies that participated in searching for Michael go out to the Doherty family in this time of great tragedy," police said.