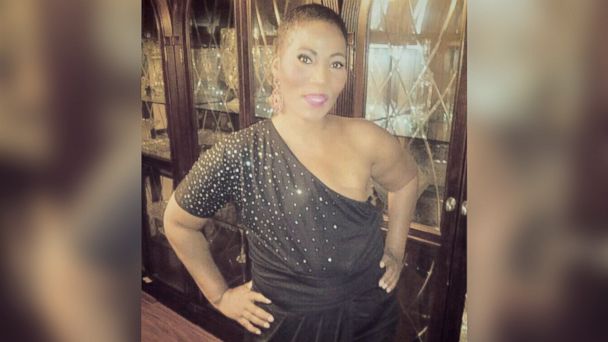 Paulette Leaphart, 49, is going to Washington, D.C. And she will make the entire 1,000-mile journey on foot.

Nothing will stand in her way - not even the shirt on her back. Literally.

She will walk from Biloxi, Mississippi, tomorrow completely topless, showing the evidence of her double mastectomy. Leaphart wants to talk to lawmakers about the uphill battle everyday Americans with cancer, like herself, face in trying to afford the sky-high cost of life-saving treatments. She is serious about putting health care reform front and center on the table of Capitol Hill, and this breast cancer survivor thinks she can do it.

"I'm marching to D.C. to put my scars in the face of Congress," Leaphart told ABC News.

It was in January 2014 when her world turned upside down. Her doctor diagnosed her with stage 2, grade 3 breast cancer, and it was aggressive.

Leaphart would soon learn that breast reconstruction was not an option for her. Her doctor feared that it could further complicate her health. Every decision became a matter of life or death. Leaphart chose to live.

"I was devastated," Leaphart said. "I was torn to pieces."

Leaphart would be further torn apart by the costs involved. The single mom of four girls, ages 8, 13, 14 and 15, pays $1,500 every two months for her medications. She says it's not just the cancer that kills a patient; it's also the immense stress of worrying about how one will pay for the overwhelming medical bills.

"It's ridiculous, in this country, to have to pay so much to save our lives," Leaphart added. "I want [Congress] to do something with these high-priced prescriptions."

According to a 2007 survey conducted by USA Today/Kaiser Foundation/Harvard School of Public Health, 33 percent of cancer patients had trouble paying medical bills and 43 percent reported skipping treatments or not filling prescriptions because of the cost.

A 2011 study by the Journal of the National Cancer Institute concluded that the cost of cancer care in the U.S. reached an estimated $125 billion in 2010, and could top $157 billion by 2020 - troubling statistics for Leaphart.

Leaphart has spent the last year in training for the journey to D.C. She started out taking a few steps a day. Now, she says she walks 30 miles a day for six hours - half in the morning, and the other half in the evening. She is sometimes topless. Leaphart says she also trains three days a week in the gym for three hours a day.

"People ask if I'm worried about her safety," said Emily MacKenzie, who is directing a documentary, Scar Story, about Leaphart. "Of course...I worry about encountering people along the way who will not take kindly to the sight of a bare-chested, breast-less woman walking without shame or fear. I worry that people will be ugly to her, but, again, that's something Paulette has faced many times and is emotionally strong enough to handle."

There are also questions about nudity laws. Could Leaphart face arrest along her planned route from Mississippi to Alabama to South Carolina to North Carolina to Virginia and finally to Washington, D.C.?

"We printed out state by state what the laws are," MacKenzie said. "It boils down to whether or not someone has nipples. She has no nipples or breasts."

"It doesn't mean that the sight of a topless woman won't be provocative to some people," MacKenzie added.

ABC News senior legal correspondent Sunny Hostin said Leaphart could face legal action depending "on the law in each state that she walks through and how each state defines nudity and indecent exposure."

"In Mississippi, North Carolina and Virginia, indecent exposure is defined as exposing ones 'private parts.' In Alabama, it is defined as the exposure of genitals. In Washington, D.C., it has been defined as engaging in a sexual act in public, and, finally in South Carolina, as exposing your person. Since breasts are not genitals, it would seem that she can run through Alabama. But are they considered 'private parts' thus becoming a problem for her in North Carolina, Virginia and Mississippi? And in South Carolina, she would be arguably 'exposing her person.'"

"Ultimately, it would be insane for a law enforcement officer to arrest her in front of her camera crew," Hostin rebutted. "Imagine the publicity."

There are even more questions from those who ask if Leaphart is taking too big a leap of faith.

"We have a lot of people who have their doubts. 'Can a person really do this'? they say," MacKenzie admitted. "I worry about the physical strain of such a long walk. I worry about sunburns and sprained ankles, but Paulette reminds me that though any of that may happen, she'll take it in stride, mend up and keep going."

Leaphart isn't worried. A host of family, friends and well-wishers will join her on the walk, and some promise to be there from start to finish. Leaphart's story has garnered a lot of attention, at home and abroad. She even appeared in Beyonce's musical film "Lemonade."

"I have so many people all over the world cheering me on," Leaphart said. "It's been crazy."

She wants the spotlight, however, to be on breast cancer. In 2015 there were 60,290 new breast cancer cases in the U.S. and 40,290 deaths, according to the American Cancer Society. This survivor wants to make a point along the way. On the arduous 1,000-mile trek, she wants to say, "The pink ribbon just ain't doing it."

"We need to tell the truth," Leaphart explained. "There is nothing pink, and pretty, and tied up in a bow, about breast cancer."

So, to make the point, she will set out, bearing all, undeterred and unwavering, unflinching and unyielding.

An RV will be her resting place when the sun goes down.

Leaphart admits she is going out on a limb with her plans to talk to D.C.-area politicians because she has no scheduled meetings.

"I plan to rally until they open their doors and talk to me," Leaphart said.

"She is a normal woman. She is a mom. She is a friend," McKenzie said. "She is a woman who has such hope and such faith... What she is doing is so inspiring and beautiful."