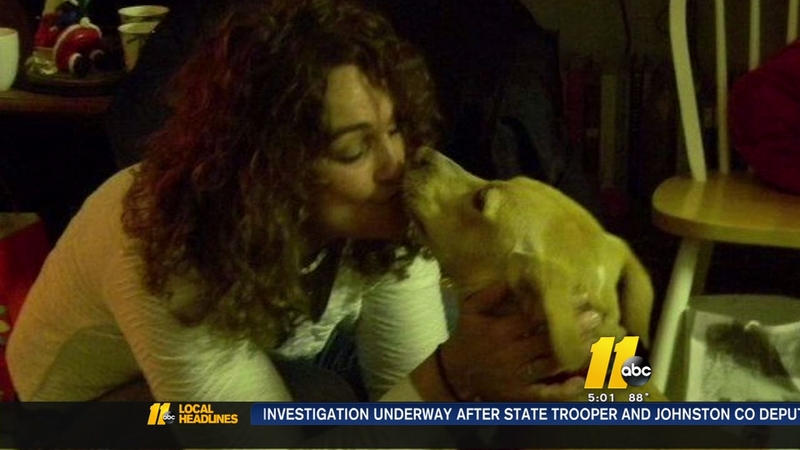 Calls reveal insight in woman's shooting on I-40

The incident began just after 6:30 a.m. when the Highway Patrol and Johnston County Sheriff's Office were alerted to a single-vehicle crash in the westbound lanes just east of Benson.

"I think I saw that vehicle pass me going probably 120 miles an hour a ways back," a caller reported.

The callers reported that the SUV was wrecked on the shoulder.

One stopped and spoke with the woman driving while on the phone with the 911 operator. He reported she told him she wanted to kill herself.

The first officers on the scene found 50-year-old Tina Medlin lying on the highway with the gun. They said she fired at them and they returned fire.

Medlin was taken to WakeMed. The Highway Patrol first said she had passed away, but later Saturday said she is in critical condition.

Trooper Taylor was featured in an ABC11 story in 2015 when he escorted a group of children around a fire scene.