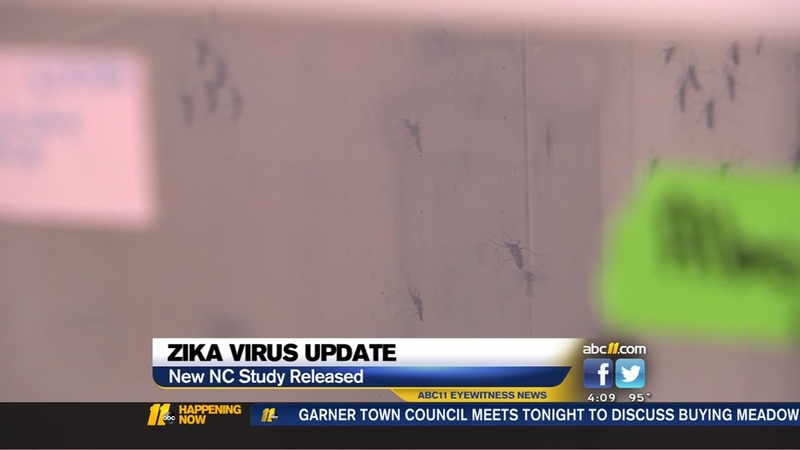 RALEIGH (WTVD) -- The chances of getting the Zika virus from a mosquito in North Carolina are virtually non-existent, according to one of the leading researchers in a state-wide study of mosquitoes that carry the virus.

A team of entomologists from universities across the state recently surveyed 16 sites in North Carolina.

They found no sign of the yellow fever mosquito.

While it used to be found here, it's been gone for nearly three decades, according to Dr. Michael Reiskind, a North Carolina State University entomologist.

Reiskind says the yellow fever mosquito is the primary carrier world-wide of the Zika virus which can cause birth defects in unborn children.

But Reiskind says our state has plenty of Asian tiger mosquitoes which can also become carriers of the disease.

Still, in order for that to happen, he says we would need a lot more than 21 people infected with Zika so far state-wide.

All of those infections were contracted outside the country.

And Reiskind says it would not only take more infected people but all of them would then have to spend lots of time outside and get bitten by lots of mosquitoes before there would be even the slightest threat to the rest of us.

"We will get travel associated cases as we already have. And it is possible, though unlikely again, that we would see one mosquito-born case," Reiskind told ABC 11.

But Reiskind and the State Department of Health and Human Services which oversaw the study continues to urge the use of insect repellents and other measures to limit mosquito bites as they continue to monitor the Zika and mosquitoes that can carry it.