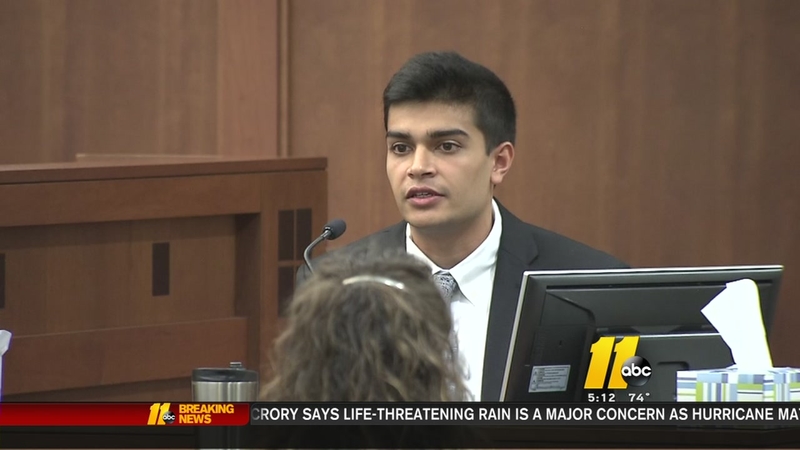 HILLSBOROUGH, N.C. (WTVD) -- The best friend of a former UNC-Chapel Hill student accused of killing three people in a wrong-way drunk driving crash in 2015 took to the stand Friday, describing the fight they had before the fatal wreck.

Orange County Assistant District Attorney Jeff Nieman said an argument Kania had with his Sigma Phi Epsilon fraternity brother, Case Aldridge, the night of the wreck would be important to their case to show Kania acted with malice.

Aldridge testified Friday to that argument, saying he and Kania got into a cursing match as they walked back to their frat house from the bar He's Not Here.

"Chandler said something that I felt like wouldn't normally come out of his mouth, and it shocked me enough to where I just stopped walking," Aldridge explained on the stand. "And I was stunned for a minute, and then I walked away."

Aldridge said he couldn't now remember what that statement was. He testified Kania had been texting him throughout the day, urging him to get back together with Aldridge's ex-girlfriend.

That young woman, fellow UNC student Rebecca Greene, already testified earlier this week. She told the court that she and Kania agreed to help each other get back together with their respective exes.

But Aldridge said he didn't want to get back together with Greene, and he ended up getting into a verbal altercation about it with Kania.

"He was very infuriated," Shah said of Aldridge. "The thing that stood out to me and what I remember best is he said that 'Chandler is so selfish' and just kind of stormed off past me."
Shah said after getting word that Kania, who he knew had been drinking, was making his way back to the fraternity house to likely get in his car and drive somewhere, he ran after him to try to stop him.

"I tried to tackle Chandler so that he would not get in his car but Chandler picked me up and threw me to the ground," Shah said. "The force was enough to knock me out for about five to six seconds of disorientation."

Shah said despite Kania throwing him to the ground in the parking lot, he got up and helped another one of Kania's friends, Alex Pugh, who was trying to keep him from driving.

"Alex is sort of describing -- pleading with Chandler to please come out," Shah recounted for the jury. "I try and reach and grab the keys from Chandler. I believe that they were in the ignition, but my hands got slapped down."

Shah said he then grabbed Kania's phone thinking he wouldn't drive off without it.

"I grabbed the phone and then as I sort of backed away he put the car in reverse and I guess very aggressively backed out from that parking spot," he said.

Shah and two of Kania's other friends testified they saw him pull back into the parking lot a few minutes later, only to leave again and never return.

Shah, having Kania's cell phone and seeing text messages from Aldridge, texted back telling him Kania had driven off, saying, "We tried to stop him. He was mad. You did this."

In court Friday, Shah said he now feels only Kania is responsible for the deadly crash. 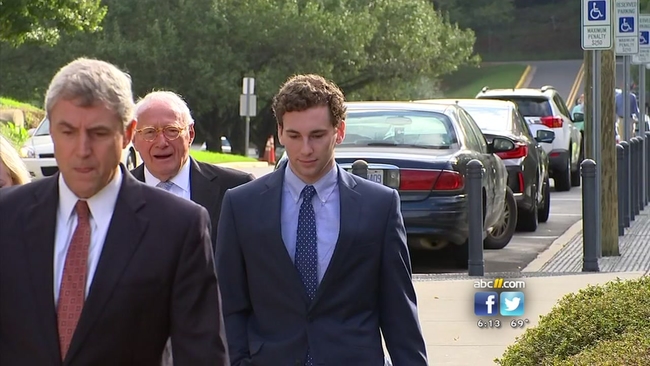 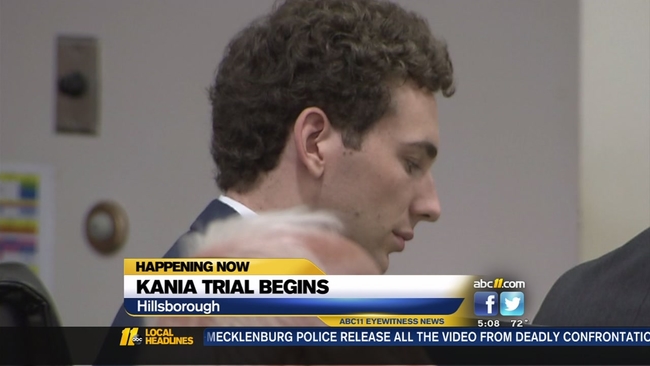 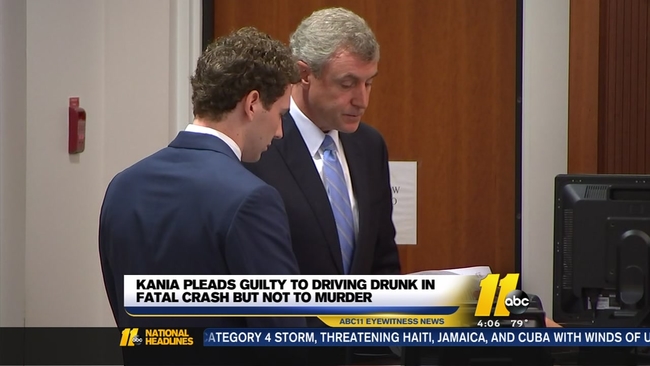