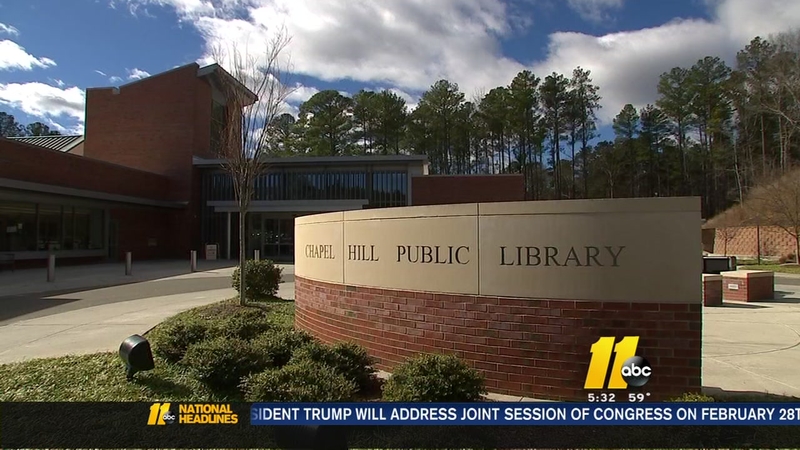 Library Internet filters are used in all but three of public libraries in the state and they could make the Chapel Hill Public Library eligible for up to an estimated $100,000 in federal grants.

The library director, Susan Brown, asked the town council to consider adding pornography blockers so they may apply for the grant money.

As it stands, the library does not allow pornography on library computers or Wi-Fi, but things at the library run on the honor system.

Should public libraries have pornography filters on their computers?

If an inappropriate sighting is reported to a librarian, they ask the person to stop or to leave, and according to the library, this happens about once a month. The library gets between 1,600 and 1,800 visitors a day.

Those opposed to the Internet filter argue that the blockers aren't perfect and could restrict access to medical sites, such as those relating to ovarian cancer, while some pornographic ones sneak past.

"Certain words can cause you not to see an entire website that might have medical or pertinent information that you're researching," said Chapel Hill Mayor Pam Hemminger.

The library has a children's section and require children younger than 10 to be accompanied by an adult. But some still worry about what it could mean for children.

"I think mostly just from like a kid's standpoint, that making sure what they could access at the library is appropriate, and that also that it doesn't make other people uncomfortable," Mary Catherine Penn, a nanny of two, said.

The Internet at the Chapel Hill Public Library has been unfiltered for more than 10 years.

The town's former mayor, Mark Kleinschmidt is also with those rallying for open-Internet, something he says is a long-standing value there.

"We have higher circulation per capita than any other library in the state, and the reason why we're so popular is because we offer unfettered access to a universe of information," Kleinschmidt said.