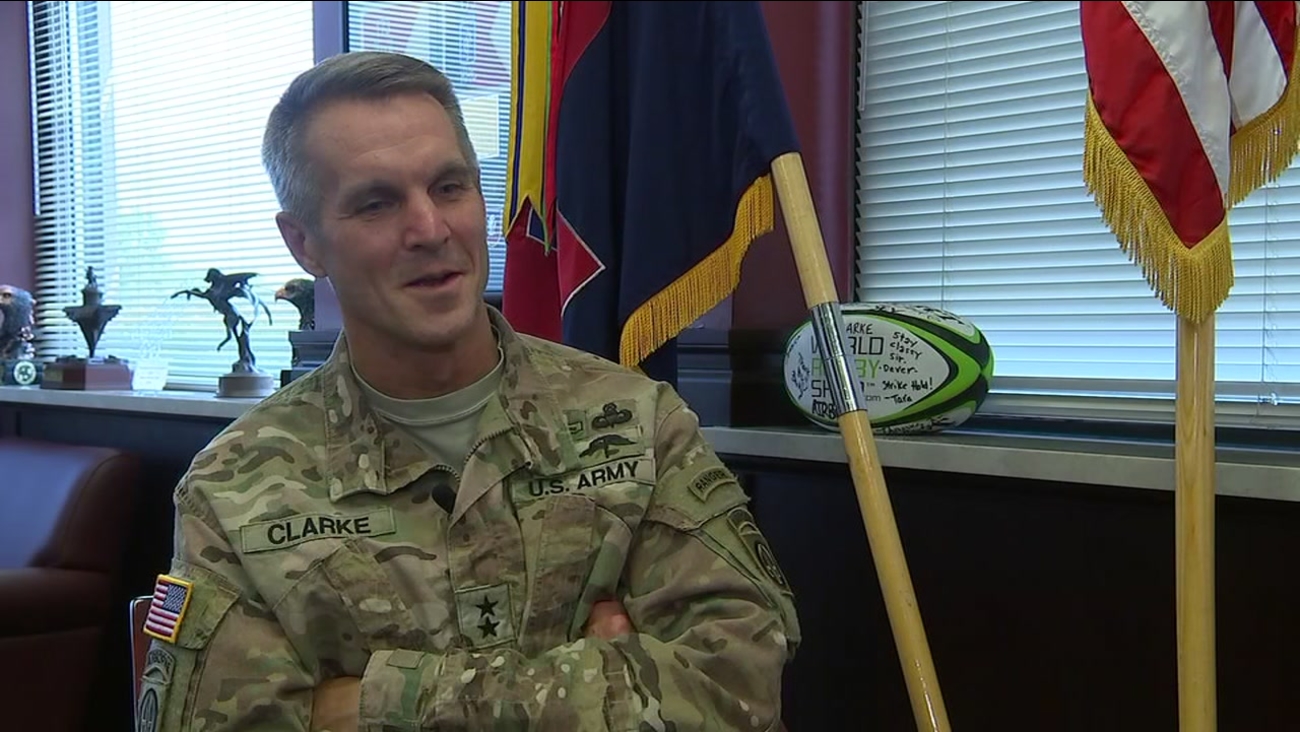 FORT BRAGG, N.C. (WTVD) -- As the 82nd Airborne at Fort Bragg prepares for a change of command, ABC11 sat down with the current commander, Major General Richard Clarke, as he gets ready for a new role and to reflect on his time there.

Clarke said the big highlight for him happened during an unscheduled 9-month deployment to Iraq where the 82nd Airborne trained Iraqi troops to fight ISIS.

He said ISIS had been gaining territory when they first stepped in, but the Iraqi troops were able to stop their advancement and hold their own.

Clarke said he feels proud to see the U.S.-trained forces grow in confidence, and he hopes they'll be able to take back territory with the incoming support of more American troops.

While he wouldn't weigh in on any political candidates, he did share his views on America's role in Iraq.

"The role of the U.S. in Iraq is to provide training, to provide equipping and to provide advise to the Iraqis," Clarke said.

Major General Clarke will be headed to the Pentagon in Washington D.C. to advice national senior military leaders as the Vice Director of Strategic Plans and Policy for Joint Staff.

Check out some highlights from Major General Clarke's interview below

Clarke shared the highlights of his experience while serving as Commander of the 82nd airborne, described his 9-month deployment with the 82nd and the points the division has been focused on.

The current commander said he appreciates the 82nd's involvement with the greater global community and hopes training alongside other ally nations will continue. He also extended his appreciation for the Fayetteville community, and shared his high hopes for the next commander, Brigadier General Michael E. Kurilla.