'Confederate Memorial' to remain on Hillsborough museum for now 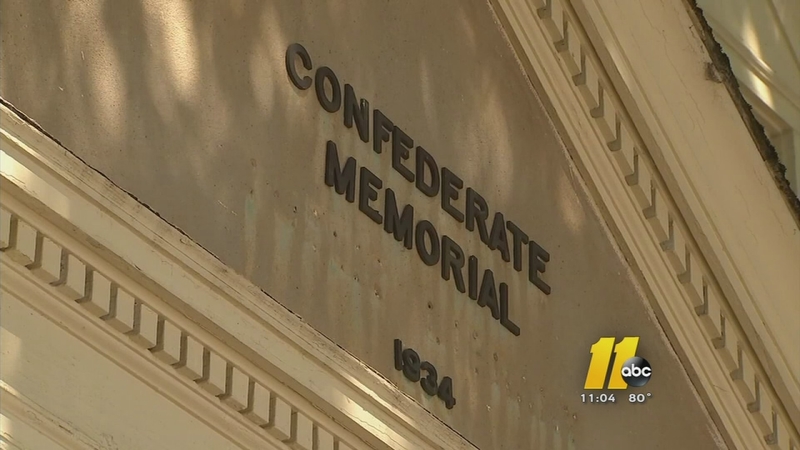 Leaders of the Orange County Historical Museum want the town of Hillsborough to remove the words "Confederate Memorial" from the front of the building.

Monday's meeting came on the same day that South Carolina's governor called for the removal of the Confederate battle flag from the statehouse there. Hillsborough town commissioners knew the South Carolina debate would only add to the intensity of Monday night's discussion here.

The words "Confederate Memorial" have been on the front of the building at Tryon and Churton Streets since 1934 and the town is split on whether to take the sign down.

"I think they should leave it like it is," said Hillsborough native Robert Smith. "Don't remove it. [Confederate soldiers] died for that years ago".

Smith showed up at the commission meeting in defense of the sign. He was not alone.

"Leave [the confederate sign] alone. It's not bothering anybody and, if it offends you, don't look at it," said Hillsborough resident Steve Tilley.

The words "Confederate Memorial" are a historical relic of the building's one time use as a public library, funded by the Daughters of the Confederacy in 1934.

Museum directors want to replace the sign with one that better advertises the museum. They also argued the confederate sign is confusing, since the building is not a memorial to the confederacy. They also said that the sign risks turning off visitors who associate the confederacy with hatred, not heritage.

"There are people for whom it hurts to hear those two words, Confederate and memorial. And, if that happens -- then it should come down," said Hillsborough resident Laura Cotterman.

Commissioner Jenn Weaver argued that taking the sign down was simply the right thing to do.

"To me, it's not erasing history to take it down," Weaver said. "I think the goal is take down the sign so we send the signal that we want this to be a welcoming place".

In the end, Weaver did not have the votes. The board voted down her motion to remove the sign. Instead, the panel voted to begin a process of gathering more public opinion about whether the sign should stay or go.