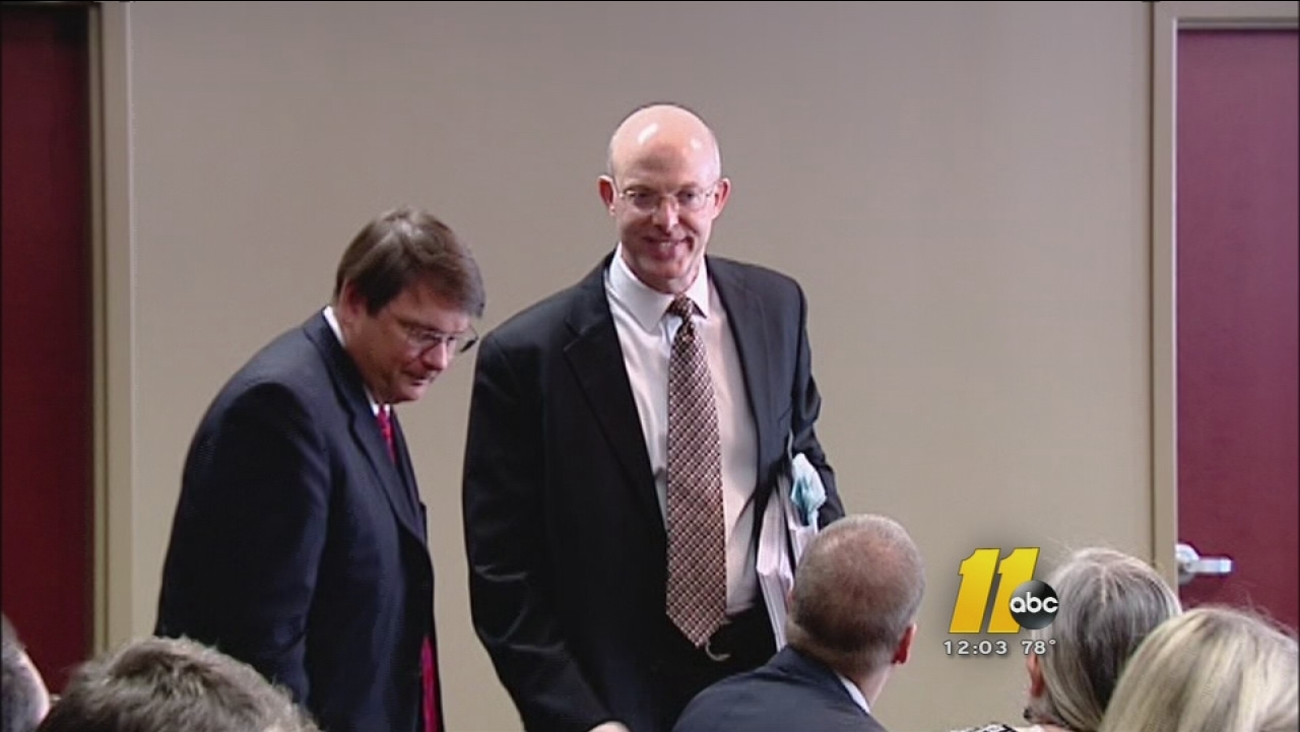 Deaver was fired in 2011 after his handling of dozens of cases involving blood stain evidence was questioned as part of a larger outside review of the SBI crime lab.

The review flagged some 200 cases as improperly handled. Investigators said some of the most egregious violations were linked to Deaver. In two of the cases, Deaver's final report on blood analyses said his tests "revealed the presence of blood" when his notes indicated negative results from follow-up tests.

Problems with Deaver's work and testimony led to a new trial for Durham novelist Michael Peterson - who was convicted in 2003 of the 2001 killing of his wife. Deaver also admitted he withheld blood evidence at the trial of Greg Taylor - who spent 17 years in prison for the murder of a Raleigh woman before he was finally exonerated.

But at a hearing Wednesday before a judge with the Office of Administrative Hearings, Deaver's attorney Phillip Isley argued the former agent was denied due process before the decision to fire him was made.

"They must go through the process and what they're asking you to say is, that does not matter," said Isley.

Deaver is seeking reinstatement, back pay, and attorney's fees.

Former SBI Director Robin Pendergraft testified that she believes the reasons given for firing Deaver aren't entirely valid. It was pointed out Deaver's termination letter didn't mention the more serious allegations he was linked to. It cited three other reasons, including an allegation that he lied to the state innocence commission. A judge dismissed a criminal contempt charge after Deaver acknowledged his testimony was misleading.

But attorneys for the N.C. Department of Justice - Deaver's former employer - argued just as forcefully Wednesday that he does not deserve his job back - citing his conduct.

One incident they spoke of Wednesday was Deaver's now-famous comment in a lab video recreating blood smears. The video was played for a jury in a murder trial and they could hear the comment at the end in which Deaver said "That's a wrap, baby."

"We the SBI, your honor, represent all persons of North Carolina - even the defendant. And we've got to be fair and impartial to them too. And this exclamation on this video which was shown to the jury is unprofessional conduct," offered NC Dept. of Justice Attorney Charles Whitehead.

"He's been a scapegoat subjected to a witch hunt. We're going to be able to prove the grounds do not provide the state the ability to dismiss our client for just cause," he said.

The hearing is expected to go on for several days.