This 93-year-old recreated his parachute jump for D-Day 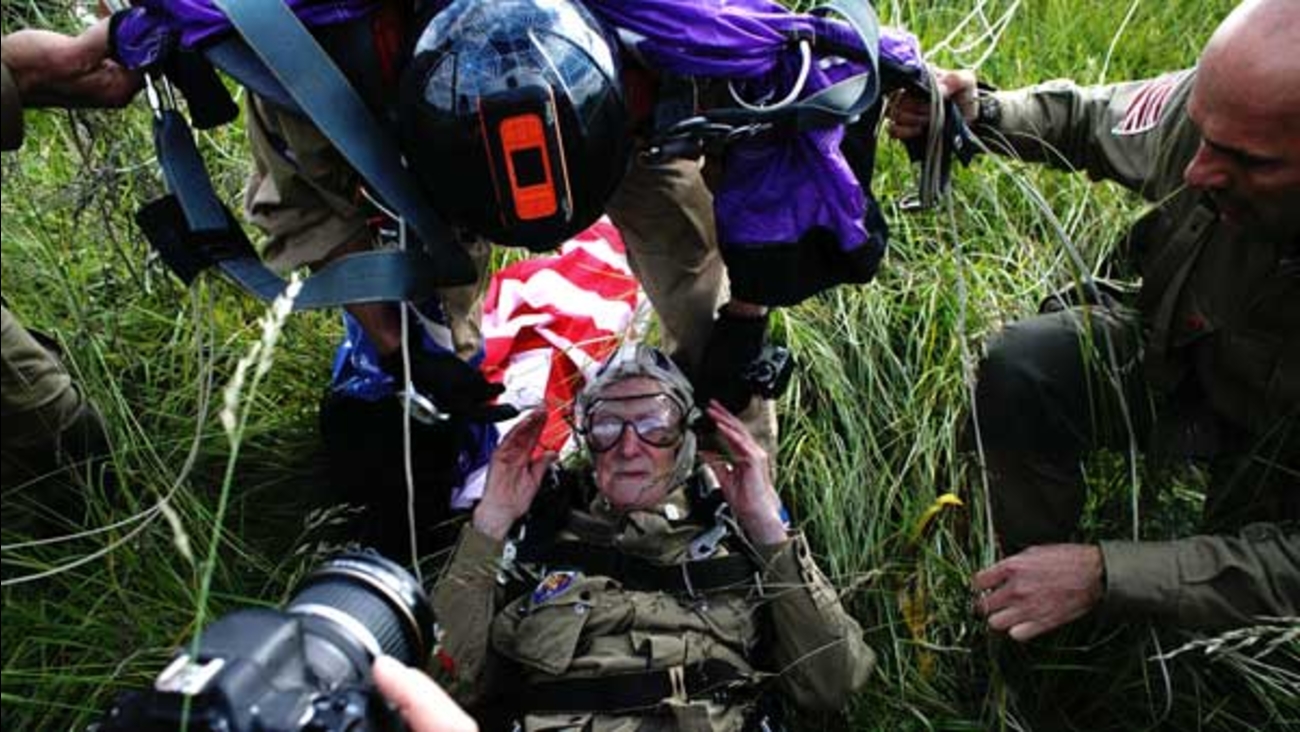 WTVD
By LA Blake
Today marks the 70-year anniversary of D-Day, and one of the most impressive commemorations came yesterday from Jim "Pee Wee" Martin.

"Pee Wee" landed on Utah Beach just after midnight on June 6, 1944, the beginning of a 33-day campaign. The paratrooper landed there again yesterday after a tandem jump.

A short film was made last year about his experiences in Normandy.

Though Martin does many public appearances to keep the memory of the day alive, he maintains that he is not a hero.

"We did not consider ourselves to be heroes," he says on his website. "We were trained to do our jobs for our country...and we did them."

Another recreation was performed by an 89-year-old British paratrooper.

Jock Hutton has been doing parachute jumps over the years since he landed in the French village of Ranville on D-Day.

In the '44 jump, he dropped 500 feet and landed before dawn in the rain. His job afterwards was to head off any German soldiers who tried to stop the Allies from liberating Ranville.

In the '14 jump, he dropped 5,000 feet in tandem with a member of the Red Devils parachute regiment of the British Army. His job afterwards was to chat with Prince Charles.

Hutton and Martin were two of the 160,000 troops from the Allied Forces who crossed the English Channel that day to take back the beaches of Normandy and the surrounding areas. Many consider D-Day the beginning of the end of World War II.
Related topics:
d day
Copyright © 2020 WTVD-TV. All Rights Reserved.
More Videos
From CNN Newsource affiliates
TOP STORIES