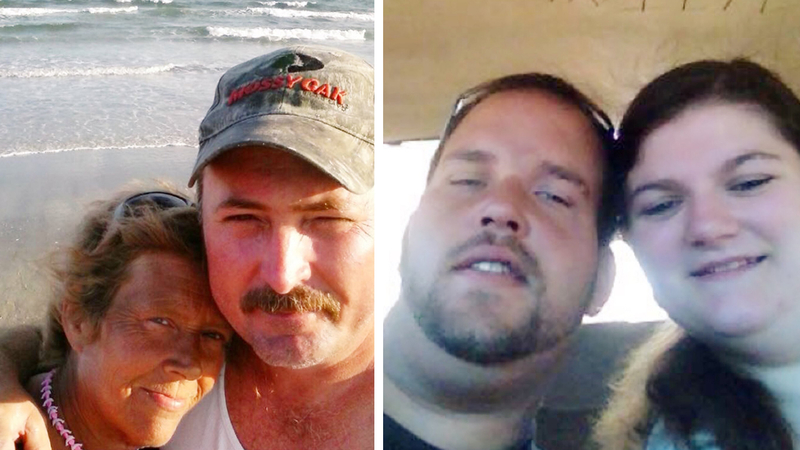 WILSON COUNTY, North Carolina (WTVD) -- A mother and her son along with their significant others were shot and killed in Wilson County. A member of the family said they are devastated from the Christmas Eve events.

The four victims were found by an elderly relative.

A family member identified the mother as Tammy Pearce, 54, along with her boyfriend, Selby Outland, 47. The other two victims are Shane Pearce, 28, and his fiance, Dominique (Nikki) Privette, 23.

On Monday, Jessica Taylor, Tammy's daughter and Shane's sister, spoke to ABC11. She said they did not deserve what happened.

"Some heartless person went over there and killed every last person in that home," Taylor said.

Taylor said her brother and Privette had just recently been engaged.

People in the area are in shock over the Christmas Eve violence.

"It's crazy, and one of them we know. One of them does work for my momma's landlord. He was just working on her house the other day," one neighbor said.

Deputies are investigating but have not released a motive for the shooting. They said it does not appear to be a domestic situation. Authorities said they believe it was an isolated incident.

Officials have not released any information on possible suspects.
A GoFundMe account has been set up to help with funeral costs. Click here to learn more.

Anyone with information should contact the Wilson County Sheriff's Office at (252) 237-2118.