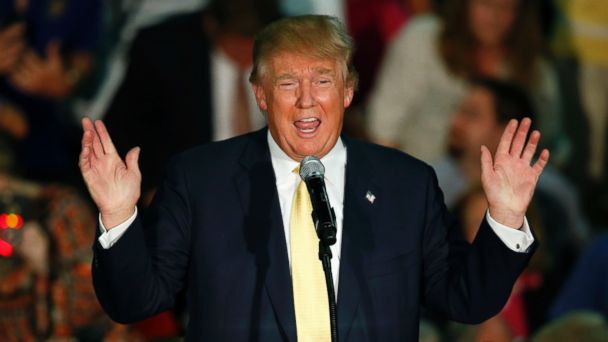 Republican presidential candidate Donald Trump today defended himself from appearing to let an audience member slide with his claims about President Obama's religion and nationality earlier this week.

Trump has been criticized by fellow candidates and the White House regarding the incident, which happened during a town hall in New Hampshire Thursday. A man told Trump that Muslims were a "problem in this country" and that the president was not an American.

Trump tweeted today he wasn't "morally obligated to defend the president every time somebody says something bad or controversial about him."

"If someone made a nasty or controversial statement about me to the president, do you really think he would come to my rescue? No chance!" he continued.

The man went on to ask Trump: "But anyway, we have training camps brewing where they want to kill us. That's my question, when can we get rid of it?"

Trump, who is leading in Republican polls, did not address the comment about the president and said simply, "We're going to be looking into a lot of different things."

Trump's campaign said after the event he had difficulty understanding the question and was referring to the mention of training camps.