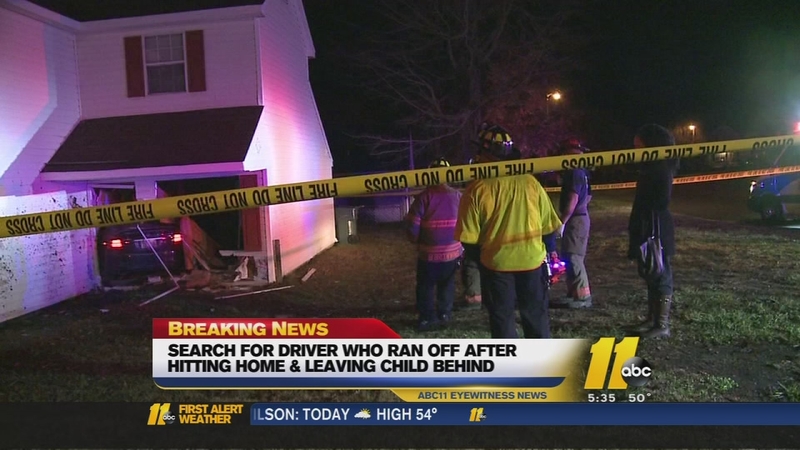 Driver sought after crashing into home, leaving inmate in car

DURHAM (WTVD) -- Authorities in Durham are searching for a driver who ran off after crashing into a home early Thursday morning, leaving behind a baby in the backseat.

It happened around 12:30 a.m. when a deputy with the Durham County Sheriff's Office attempted to pull over the driver.

The driver has been identified as 25 year-old Teonna Alston.

Authorities said as the deputy was walking up to the car, Alston sped off.

The deputy followed Alston before the car lost control and crashed into a house on Meriweather Drive and Old Oxford Road.

Alston reportedly ran from the scene, leaving behind a woman and an infant in a car seat.

Images from the scene showed the unidentified woman in handcuffs while being questioned by authorities and an emergency official holding the baby. It did not appear that they were injured.

The homeowners were upstairs sleeping at the time of the crash, but were not hurt.