Drivers, businesses upset over changes to parking in downtown Raleigh 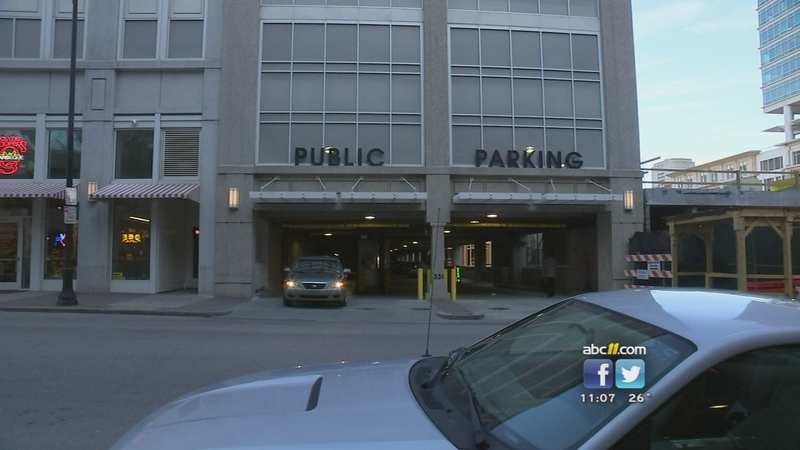 RALEIGH (WTVD) -- Downtown Raleigh businesses are expressing concern for parking changes coming soon. Drivers will no longer have access to one popular garage on the weekends and there will be limited times on the weekdays.

The Blount Street parking garage will soon be off limits to the public on the weekends. It was supposed to be closed off starting this weekend, but the staff tells ABC11 there were problems with some of the new equipment.

"A lot of people depend on this lot," said Raleigh resident Brian Myers.

The fight to find a parking spot in Downtown Raleigh is about to get even more competitive, especially during major events.

"On First Friday or a big event, it's going to get filled up. This [garage] has gotten filled up a lot," said Myers.

"It's crazy to close off parking as congested as this city is," said Zebulon resident Lisa Horton. "It is absolutely crazy."

Horton doesn't come downtown often by choice. She can't stand cruising around and searching for a spot.

The city parking garage is switching over to private as people start moving into Skyhouse, which is the new 23-story luxury apartment building. The city agreed to run the parking deck until the work was complete.

ABC11 reached out numerous times to city officials to speak about the changes, but nobody was available.

Businesses near the garage are upset too. The owner of Coopers BBQ says the change is a major blow for weekend business and she never would have relocated the institution to outside the garage had she known this change would happen.

There will be limited times for the public to use the deck during the week: 7 a.m. to 7 p.m. If you do not get to your car until after 7 p.m., the city says you will have to use the newly installed intercoms to gain entry to retrieve your vehicle and it will be noted that you have a late violation.