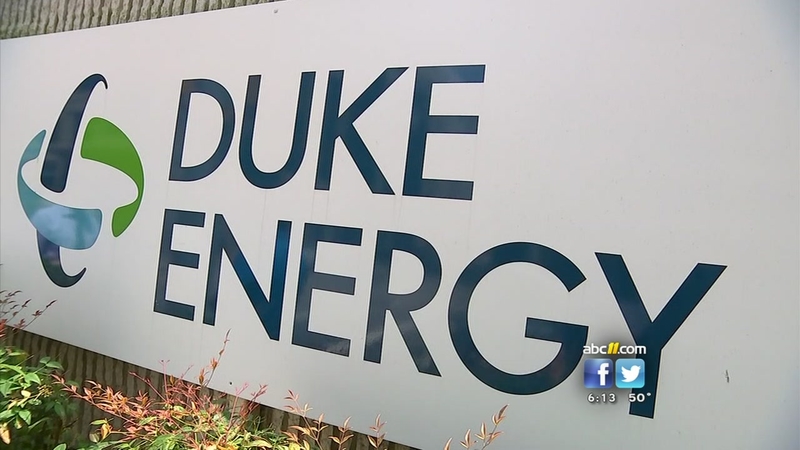 RALEIGH (WTVD) -- Neighbors living near Duke Energy's unlined coal ash pits around North Carolina are being offered payment of future water bills plus a $5,000 "goodwill" payment to households concerned their water wells could be polluted with heavy metals.

But some of those property owners told ABC11 Monday they aren't interested.
Duke says its one-time payment offer comes after property owners complained about the prospects of depressed property values, new water bills, and new disruptions.

Duke Energy says besides the $5,000 payments it will make up for lost property values by coal-ash neighbors who sell their home before October 2019 and get less than fair market value. The Charlotte-based company says it also will make one-time payments to neighbors to cover about 25 years of bills if they connect to public water lines.

But there is a catch. The residents have to sign documents promising not to sue the company down the road.

"I wouldn't think that any of Duke Energy's neighbors would think that $5,000 is a reasonable offer and we don't believe it's a goodwill offer," Amy Brown of Belmont told ABC11 Monday.

"How is that a goodwill gesture when it comes with strings attached? Wouldn't that be more of a contract or an agreement and not goodwill?" offered Deborah Graham of Salisbury.
The total amount of the water bill payment will be determined according to local rates. Some lump-sum payments for water bills may be as high as $22,000, the company said. Coal ash neighbors who opt for a filtration system instead of hooking onto a water line would not be paid for future water bills.

State law directs Duke Energy to provide alternate water supplies to people who live within a half-mile of coal ash ponds clustered at 13 power plants in the state. The company denies that its ash - the byproduct of dozens of years of burning coal to generate electricity - is the source of contaminants found in hundreds of wells.

Duke Energy's shareholders would cover the $22 million the goodwill packages would be estimated to cost, company spokeswoman Paige Sheehan told The Charlotte Observer. Duke Energy plans to ask the state Utilities Commission to let it charge customers for the $31 million cost of extending water lines and installing filtration systems.

"We believe that Duke's announcement is too little, too late," said Mona Lisa Wallace, a Salisbury lawyer representing some coal-ash neighbors around the state. "Duke's monetary offer does not begin to compensate the worst-affected homeowners. Many individuals have had their property value severely damaged and they are entitled to greater compensation that what Duke is now promising."