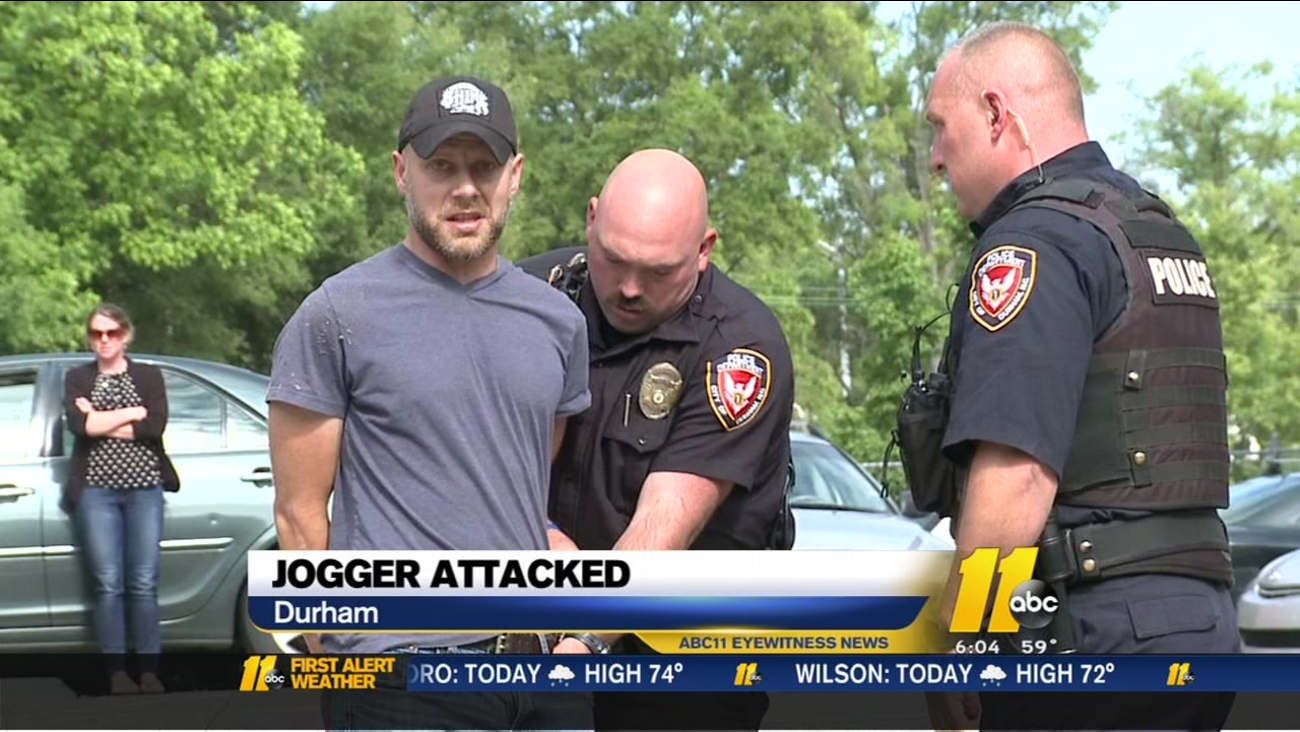 WTVD
DURHAM (WTVD) -- A Durham man has been arrested in connection with an attempted sexual assault on a jogger earlier Monday.

Jarrod Michael Kiper, 37, has been charged with attempted first-degree rape after a woman told police she was struck from behind and knocked to the ground Monday about 4:15 p.m. while jogging on Virgie Street.

"He came up behind me and choked me on the ground. He told me to take off my pants," said the victim.

The victim told police she was able to get away and the man fled. Police were later able to track down a suspect.

Police said the victim and the suspect did not appear to know each other.

Jarrod Kiper-accused of trying to rape a jogger-asks judge to adjust his $1 million bond. Judge says no. #ABC11 pic.twitter.com/N1n7IRBa20