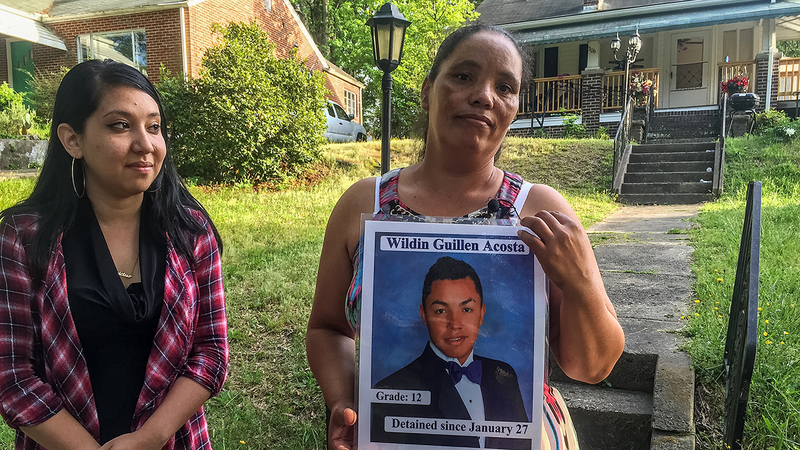 For three months, the Riverside High School senior has been separated from his family, waiting to see whether he'll be deported back to Honduras.

The first thing she says she plans to say when she sees him for the first time in months is that she loves him, he's her life, her heart and she misses him a lot.

Delsia Acosta gets in the van for the trip to Georgia.

Wildin Acosta was taken by immigration in late January. Those working to bring him home say the Durham teen falls under President Barack Obama's immigration plan that stipulates anyone arriving to the United States on or after Jan. 1, 2014, be deported. Wildin arrived to the U.S. after that date to join his family already living in Durham.

Wildin is able to talk to his mother almost daily by phone, but now, thanks to his advocates, they've arranged to take Dilsia to see her son in the detention center in Lumpkin, Ga.

"We were finally able to get the logistics, of Dilsia being able to have the time to be able to go to Georgia," said community organizer Elisa Benitez. 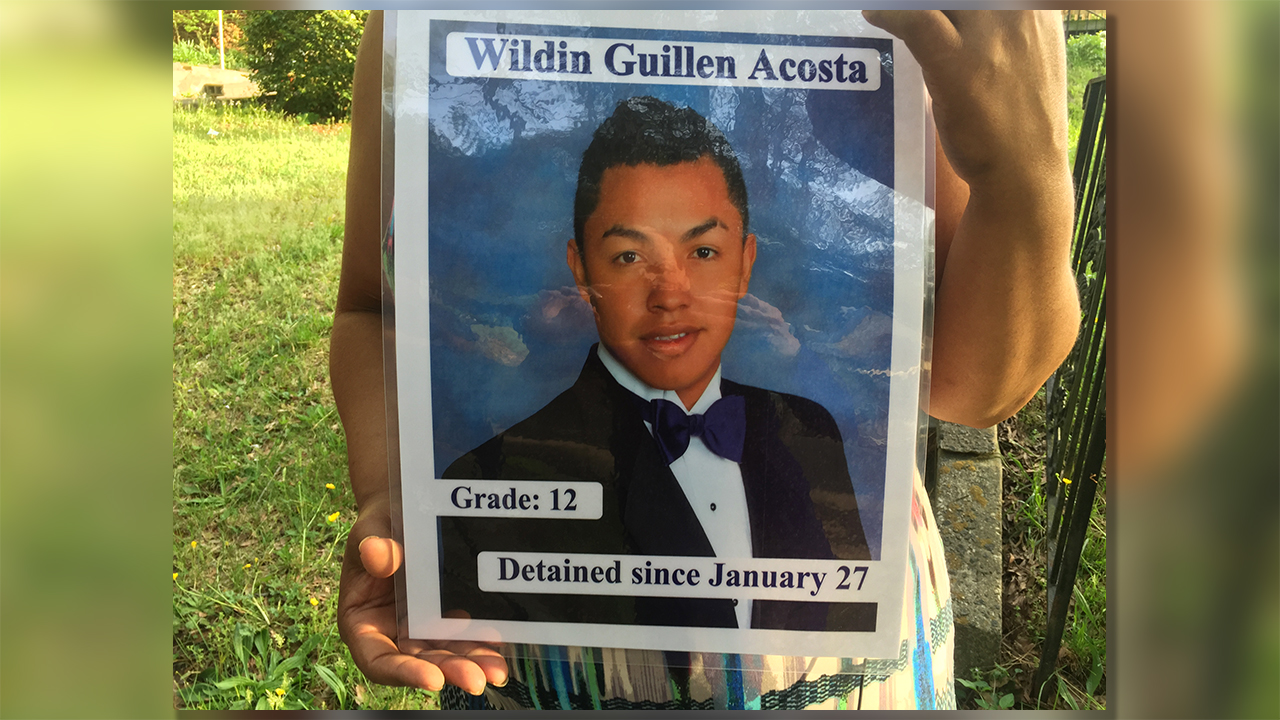 Wildin Acosta has been detained since January.

For Dilsia, she said it's been a long three months. In Spanish, she tells us it has not been easy and that God has been her strength through all of this. She said having one of her children taken away from her is like having her heart taken.

Dilsia plans to be at the detention center as soon as visitation opens. We're told that visit will likely only be for a little more than an hour and only through a glass partition. So after all this time, she still won't be able to give her son a hug.

As for Wildin's case, it's still stuck in the appeals. In March, a stay was granted last month in the appeals process which did stop the deportation -- for now.

Since he's been detained, supporters, classmates and teachers have held rallies in his name to bring him home. Wildin's advocates say some of those same supporters are planning their own trips to Georgia to visit him.

Also riding with Dilsia to Georgia is the brother of another North Carolina teenager being held in the same detention center. That teen is Josue Alexander from Thomasville.