Durham PD: Man robs family, forces them to take him shopping at Target 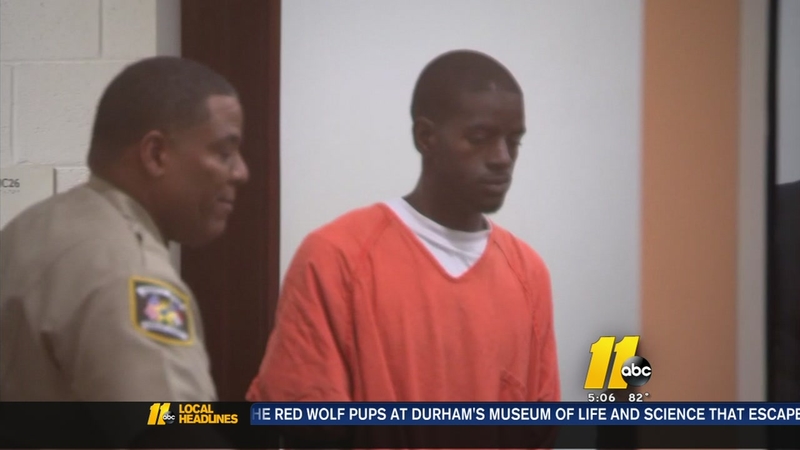 Man robs family, forces them to take him shopping at Target

DURHAM, North Carolina (WTVD) -- A Durham man was arrested Tuesday morning after he allegedly asked a family for money and then at gunpoint, forced the family members to take him shopping at Target.

It all started when a man knocked on the door of a house in the West End neighborhood in Durham about 7 a.m. Tuesday and asked for money. A resident gave the man money, but the man displayed a gun and then forced the residents - an adult man and woman, and two young children - out of the house and into the family's vehicle.

The man forced the male driver to go to an ATM and withdraw money, Durham Police said. He also forced him to drive to a convenience store before forcing them to drive to Target on Durham-Chapel Hill Boulevard. The suspect forced the victims to go into the store with him and had them purchase several bags of clothing and gift cards.

While in the store, one victim alerted an employee, who called 911. Durham police officers happened to be in the parking lot of Target when the call came out shortly before 8:30 a.m. and were able to arrest the suspect without incident.


The suspect - 29-year-old Rollin Anthony Owens Jr. - was charged with several counts of second-degree kidnapping and robbery with a dangerous weapon in connection with this incident.

Owens was also charged with committing a series of armed robberies and kidnappings during the past few days, including these cases:

Owens is facing numerous charges of robbery with a dangerous weapon, second-degree kidnapping, assault inflicting serious injury and assault by pointing a gun. He was also arrested on prior charges of felony larceny, breaking and entering, obtaining property by false pretense and trespassing.

He was placed in Durham County Jail under a $1 million bond which remained unchanged after his first court appearance on Wednesday.