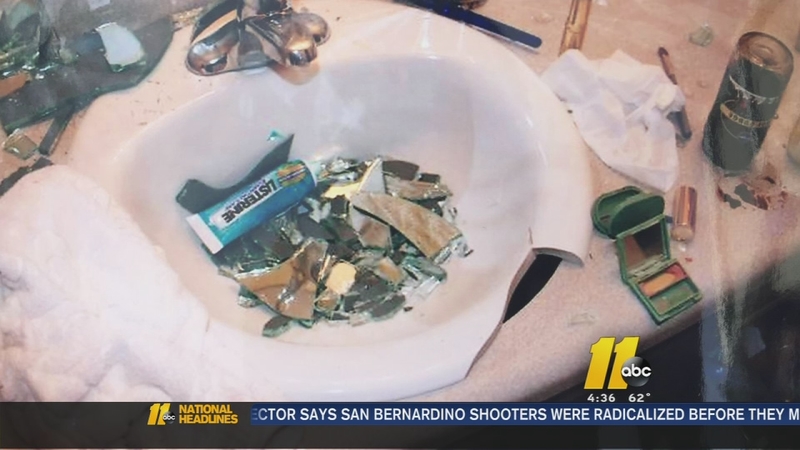 DURHAM (WTVD) -- Gretchen Locker said she's living in fear after a third attempted break-in at her house. She says she was home when it happened and that it took police 30 minutes to respond.

Watch our first report on the story here.

The Durham Police Department said officers responded to the wrong address. They said it was difficult to hear the initial 911 call clearly, and officers were sent to an address with the same housing number and a very similar street name, instead.

"I just really worry because if somebody were in my house when I was there ... because 30 minutes, you know, you could be seriously injured by that point," Locker said.

Locker said three teenagers on an ATV used a large softball and a rock in an attempt to break into her home and vehicle last Friday, damaging her car.

She said she called 911 twice, after the attackers left and returned again before officers arrived.

Locker said this break-in is the scariest break-in she's experienced so far, despite having tens-of-thousands worth in property damage when the inside of her home was vandalized in 2008.

Durham police say that response time can vary depending on how a call is coded or classified.

They told ABC11 they've had 273 calls about a break-in in progress this year, and that their average response of those times is 4 minutes and 17 seconds.