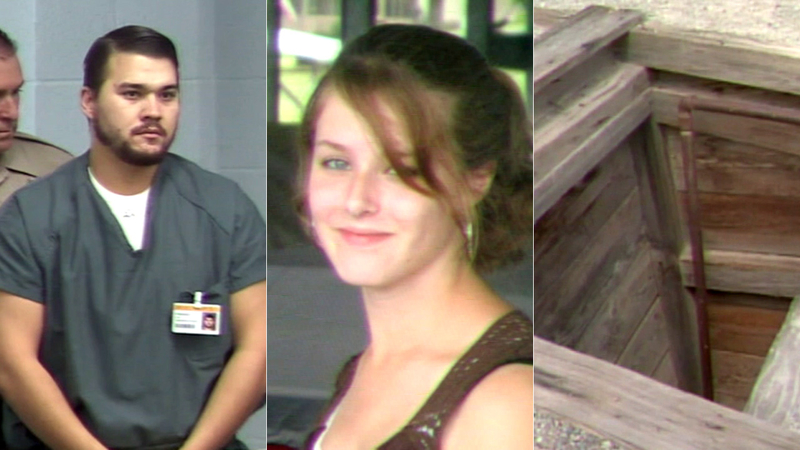 SAN BERNARDINO, California -- A former U.S. Marine has confessed to killing his pregnant lover, who was the wife of another Marine, back in 2014.

Christopher Brandon Lee was a Marine serving on the base at Twentynin Palms, California back in the summer of 2014.

Even though he was married, he was having an affair with Erin Corwin, the wife of a fellow Marine.

Corwin had just informed Lee she was pregnant, which prosecutors said left him in a difficult position.

"You had a girlfriend who was pregnant right?" the prosecutor questioned.

"And you had a wife who was expecting to go back to Alaska in just a few days," the prosecutor asked.

Prosecutors said Lee took Corwin out to an abandoned mine shaft, in the middle of the desert near Joshua Tree National Park, and killed her.

"You're the one who killed her?" the prosecutor asked.

"You're the one who strangled her to death?" the prosecutor questioned.

Lee said he approached strangled Corwin with a garrote made up of two pieces of rebar and a cord.

In a new accusation, Lee said he didn't kill Corwin because of the pregnancy situation, but because Corwin confessed out near the mine shaft to molesting one of his family members.

"What was on your mind?" the prosecutor asked.

"Just hate, that's all it was, I had loved her, and every bit of that love that I had was turned to hate," Lee responded.

That's when Lee said he strangled Corwin with a garrote made up of two pieces of rebar and a cord. Lee then said he pushed Corwin down the mine shaft.

"What part of Erin entered the shaft first?" the prosecutor asked.

For nearly two months people searched for Corwin and prosecutors said Lee told detectives he had no idea where she was.

"I was afraid to tell the truth and thinking I could get away with it. I was still really angry at the time, I didn't want anyone to find her then," Lee said. "I'm not angry anymore and I'm no longer scared to tell the truth. This is something that I have to do. I have to let everyone know what I did and accept the punishment that they give me for it."
Related topics:
trialmurderhomicidemilitaryu.s. & worldmarines
TOP STORIES
5 killed when SUV struck bridge near Capital Boulevard were all teens
Body of man recovered from Falls Lake, Durham deputies say
Wake County commissioners adopt non-discrimination ordinance
Community mourns Knightdale officer killed while responding to crash
Rep. David Price will finish his term but not seek reelection
Man wanted in killing of pregnant 911 dispatcher turns himself in
Show More
2 killed in fiery 3-car crash in Fayetteville ID'd
Colin Powell dead at 84 from COVID-19 complications
Man arrested for allegedly stealing SUV with child inside in Raleigh
Search happening near Rowland, NC for missing Robeson Co. woman
Man behind controversial Trump Russia dossier speaks out
More TOP STORIES News