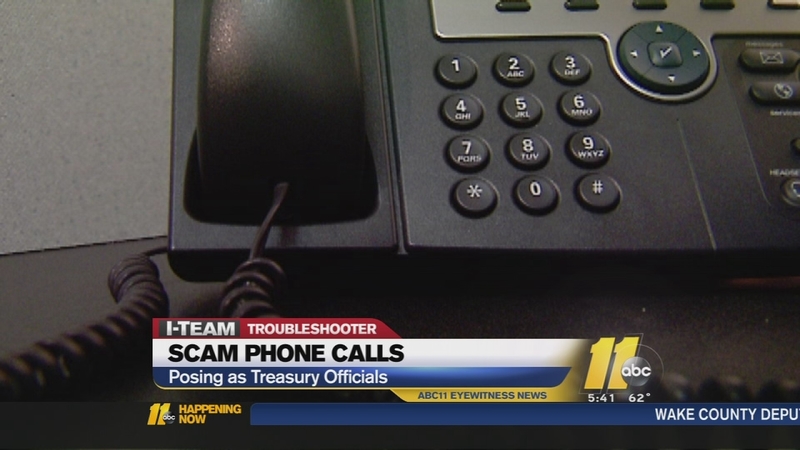 Pay up or head to jail - that's a call that hundreds of North Carolinian residents are getting. However, it's a call you want to ignore.

Scammers posing as U.S. Treasury officials are calling to demand that you pay your taxes right away or face a lawsuit or arrest.

The call typically begins with a pre-recorded message, and you're asked to return the call. Sometimes the caller says there's an issue with your pension. Other times he says an action has been filed against you by the U.S. Treasury.

The caller usually identifies himself as Steve Martin or David Gray, and often the calls come from the number (843) 492-4165.

In the last week, more than 500 of those calls have been reported to the office of the N.C. Attorney General, with many of the reports coming from eastern North Carolina.

In addition, know that you can't always trust your Caller ID. Numbers can be manipulated to make it appear as if the scammer is calling from a legitimate agency, even if he or she is not.

The important thing to remember is to never share personal information such as your Social Security Number or bank account number with anyone you don't know who contacts you, even if they claim to work with a government agency.

If you have been contacted by a phone scammer, report it to the Attorney General's Consumer Protection Division by calling (877) 5-NO-SCAM or by filing a complaint online at ncdoj.gov.