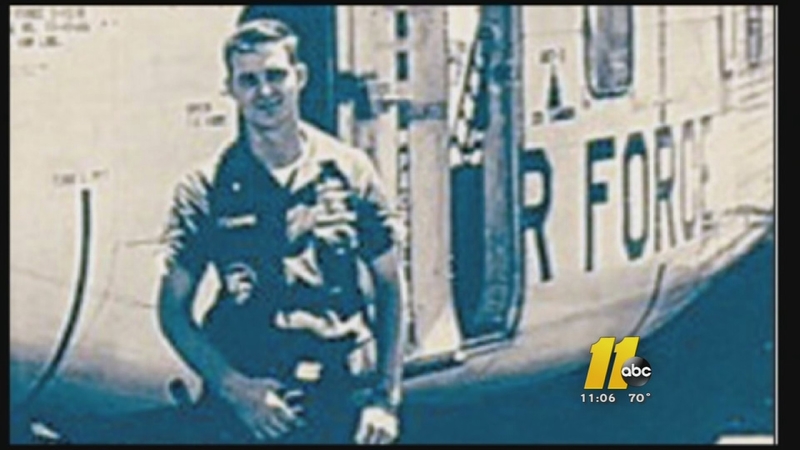 On December 11, 1965, Sgt. Stewart was Harnett County's first casualty of the Vietnam War when his Air Force cargo plane hit a jungle ridge in fog. Four Americans and 81 Vietnamese soldiers were all killed in action.

Fourteen years later, what was thought to be Stewart and the remains of the other crew members were buried at Arlington National Cemetery.

But then in 2007, Stewart's widow Wandra Raynor and his daughter Donna - who was not yet born when her dad died - travelled to Vietnam and with the help of locals found parts of the aircraft deep in the jungle. DNA tests later confirmed that some of the human bones found at the site were Stewart's.

Now that the testing is complete, the women will escort the remains back to North Carolina on Monday from Hawaii.

A Patriot Guard welcome will be waiting and then more than 300 motorcyclists will escort the hearse from RDU to Lillington.

Organizers say the technology that allowed the identification of Stewart's remains gives hope to the families of other missing service members.

"The procedures that they use now, because of this, have changed, and hopefully they will be able to find more remains they are holding now in Hawaii," said Amy Noel with the Harnett County Veterans Council.

The plane carrying Stewart's remains is expected to land Monday at 11 a.m. On Wednesday, the Stewart family will be the grand marshals at the Harnett County Veterans Day Parade and then at 3 p.m. Stewart will be laid to rest at the Coats Baptist Church with full military honors.