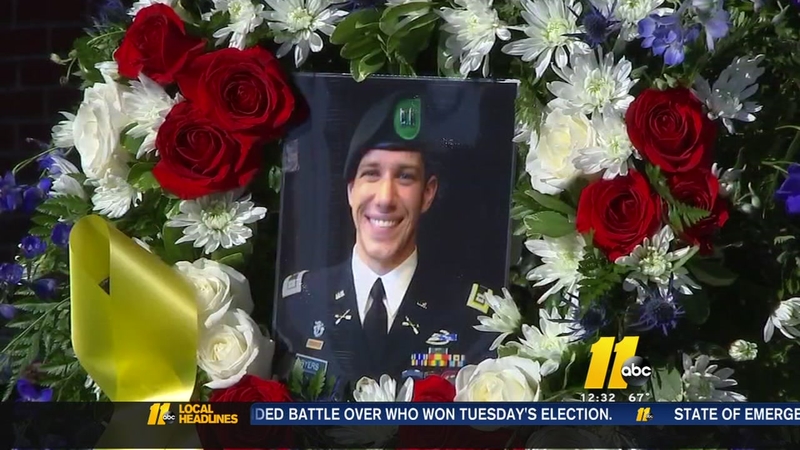 The Department of Defense announced the death of the 30-year-old Green Beret last week, saying he died November 3 of wounds sustained while engaging enemy forces in Afghanistan.

Friday's ceremony was held at the Veterans' Memorial, dedicated in May.

"We didn't know him, but we wanted to honor him and show the kids how to honor him," said Lisa DeCiantis, who attended with her two children.

Byers was raised in New York and attended West Point. He was based in Colorado.

Monsignor David Brockman, of the Diocese of Raleigh, spoke at the ceremony. He said he has been in touch with the Byers family, which lives in Rolesville but is in Buffalo, New York, for memorial services.

"They take great consolation that he was doing what he loved," Monsignor Brockman. "Not only in serving and being part of the United States military but also protecting our freedom. That's what he wanted to do his whole life."

Flags are flying at half-staff at the Rolesville Police Department and Town Hall in his memory.

Joe Csuka and other veterans paid their respects at the memorial with a salute. Csuka said he's a neighbor of Andrew's father.

"His father David was the first person that I met when I came down to Rolesville looking for a place to live," Csuka said. "He is a member of our church. We found it very important to come out here and honor his memory."