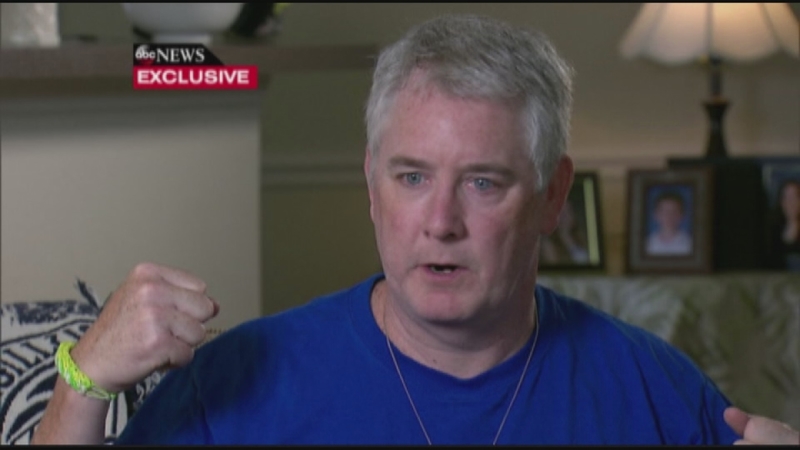 AVON, N.C. -- Not many kids can say their dad punched a shark for them, but 8-year-old Jack Thornton can. His dad, 47-year-old Patrick Thornton, fought off a shark while they were swimming at a North Carolina beach.

Thornton was in the water with Jack and two of Jack's cousins off North Carolina's Outer Banks when the shark attacked, he told Good Morning America.

"I felt a tug at my foot," Patrick said. "It took a pretty big chunk out of my right leg, so I started punching the shark."

At that point, Thornton and his niece and nephew exited the water, but Jack was too scared to move. Thornton then sprang into protective dad mode.

"I ran over and grabbed Jack, and as I was bringing him to shore the shark came over again and bit me in the back," he said. "And this time, he bit me really, really hard."

So Thornton took another swing.

"I kind of punched down, and then I think I had two hands where I hit off of it," he described.

Father and son made it out of the water. Thornton went to the emergency room with puncture wounds but is recovering.

"I will probably spend more time in the mountains," Thornton joked.

This attack, which happened last Friday, was one of at least seven in the past three weeks along the coast of North Carolina.

Shark experts say Thornton did the right thing. When a shark attacks, you should do anything you can, like punching it in the nose, to fight if off.
Related topics:
beacheschildrenparentingswimmingsharksu.s. & worldshark attack
Copyright © 2021 WTVD-TV. All Rights Reserved.
More Videos
From CNN Newsource affiliates
TOP STORIES