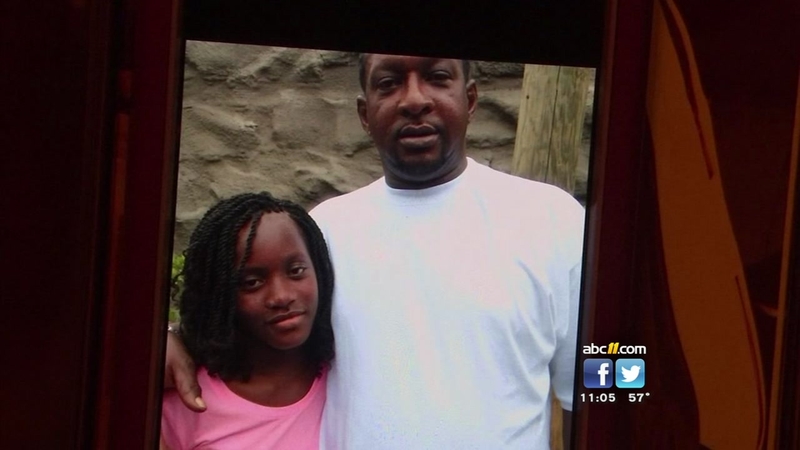 Father heartbroken over shooting death of daughter in Southern Pines

SOUTHERN PINES, N.C. -- A family is heartbroken after their 12-year-old girl was shot and killed on her front porch in Southern Pines.

A 16-year-old is in jail, charged with her murder.

The drive-by shooting happened Friday afternoon while 12-year-old Jalinda Campbell and 3-year-old Kyleigh Graham were playing outside. Police said they were not the intended targets.

Jalinda died at the hospital. Kyleigh is still being treated.

For Jalinda's father, Gregory Harris, his torment is doubled because someone set up a fake GoFundMe account which raised over $1800. His family will never see that money.

"I can't even imagine who would do something like that," Harris told ABC11.

He said Jalinda was the light and joy of his life. Harris now prays for strength to forgive one day, and to remember the happy times he shared with his daughter.

Teen Montice Tyree McManus has been charged with murder. 20-year-old Rashad Crawford was charged with accessory after the fact of murder.

Donations can also be dropped off at any First Bank until Nov. 9. They should be made in the name of "Southern Pines Shooting Victims Fund."