WTVD
DURHAM (WTVD) -- The timing of a shooting last Friday on Enterprise Street in Durham hints at a possible motive and a connection to a young murder victim.

Investigators confirm a man that crashed his car into a retaining wall after suffering a gunshot wound is Justin Brooks Sharpe, 32, of Durham.

Sharpe is the father of 9-year-old Jaeden Sharpe, a Durham third grader shot at close range on Jan. 4, 2014.

Jaeden's mother, Lakeisha Holloway, was also shot in the face but survived after driving more than half of mile away to get help. Police say she was parked in her driveway on Lucas Drive when a gunman approached her SUV and opened fire.

Days later, the boy was taken off life support on Jan. 9, exactly one year before his father would become a shooting victim while driving down Enterprise Street.

Everett Graves, 24, is the sole suspect in Jaeden's shooting death. If convicted, he faces the possibility of the death penalty. Prosecutors remain tight-lipped about the motive behind Jaeden's murder.

A Durham police spokesperson says investigators are still exploring the motive in last Friday's shooting. The department declined to comment when asked whether both cases could be gang-related.

Sharpe, who suffered non-life-threatening injuries, was featured in the 2007 documentary entitled "Welcome to Durham, USA," a film about the prevalence of gangs in Durham. 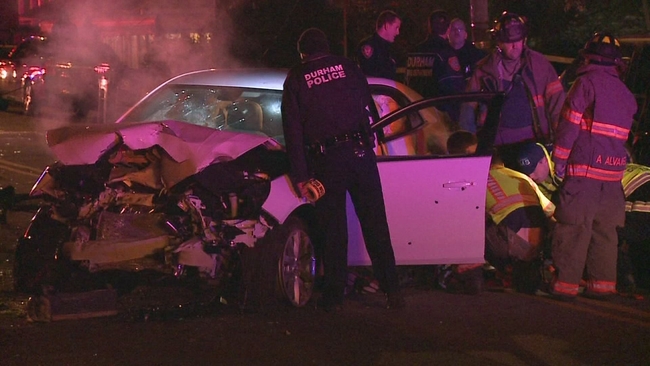 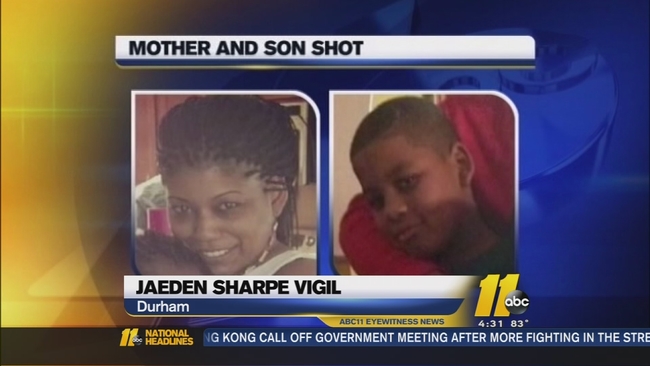