WTVD
FAYETTEVILLE (WTVD) -- Cumberland County leaders say "no," and, for now, city leaders say "maybe" to a deal to get one of the nation's largest poultry companies to build a plant in Fayetteville.

"I can tell you the city council is still very positive about the project," said Mayor Nat Robertson.

Wednesday night, Fayetteville City Council members spent two hours behind closed doors. They were getting briefed on tax breaks, and other incentives, which they could offer to Sanderson Farms.

The company wants to build a $130 million chicken processing plant in an industrial park east of Fayetteville. It would bring 1,000 new jobs to the area.

Nearby residents and others oppose the plan saying it would foul the environment. This past Monday night, they voiced their concerns to Cumberland County Commissioners, who later voted to put the incentives deal on hold. Privately, some commissioners have said they believe the deal is dead.

After Wednesday night's closed door session, Robertson said there was a general consensus among council members to move forward with their plan whether the county does or not.

"There are still concerns about impact studies whether environmental or it's the social impact," said Council Member Katy-Ann Davy. "And I still have a problem with moving forward without the county being a part of it."

The mayor said the city, however, was not going to give up on the plan.

"The city still has a lot of interest in this project," said Robertson. "What we have decided to do is continue on with our governmental partners, and take the path that appears before us."

Robertson says it could take 60 to 90 days or longer to get answers to their questions. Right now, there are no plans for city council and county commissioners to meet and talk.

With 1,000 new jobs on the line, no one wants to make a hasty decision. The real question now is how long is Sanderson Farms going to wait. 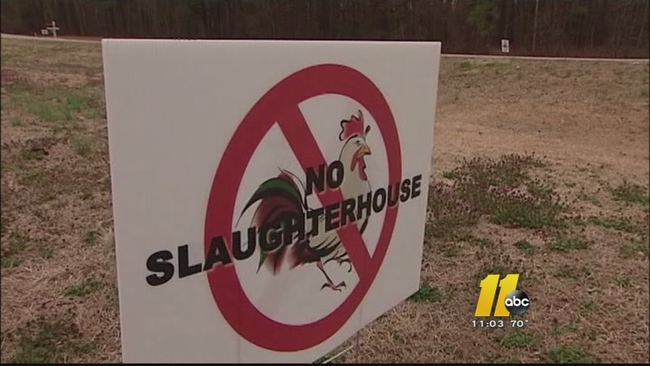