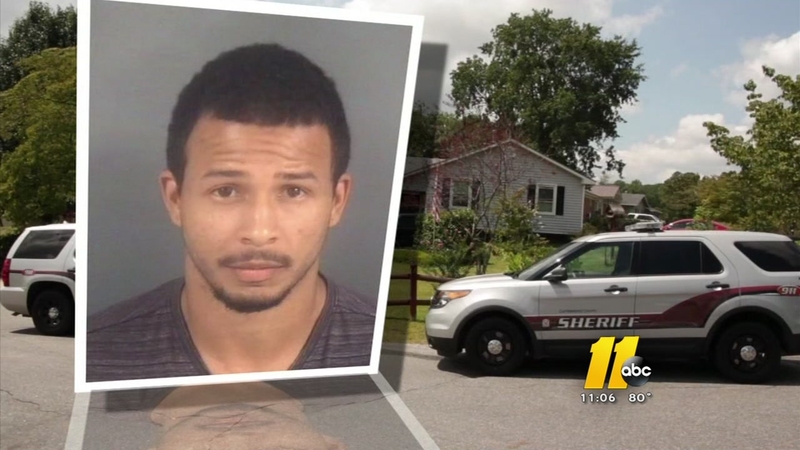 FAYETTEVILLE (WTVD) -- Authorities in Cumberland County are hunting for a murder suspect who took to social media Sunday while on the run from police.

Anthony Curtis Macneill, 32, posted on his Facebook page that he had "just killed someone," Sunday morning. Police have been searching for Macneill since they learned he shot and killed his child's grandfather.

McNeil also left a phone message for the family of the victim.

Police are still looking for the suspect.

Deputies received a call about a domestic situation Sunday morning in the 6600 block of Wake Forest Road in the College Downs Subdivision in northern Fayetteville.
The caller told authorities someone had been shot. When deputies arrived, they learned Macneill had allegedly killed Eugene Racine.

Macneill is the father of Racine's grandchild, according to the Cumberland County Sheriff's Office.

ABC11 spoke to Eugene Racine's father, Francis Racine, who says Macneill was after his granddaughter, Cindy. Cindy and Macneill have a newborn.

Francis said the family filed a restraining order against Macneill a few days ago.

"They had fought in the house and we had to pull them apart, my daughter and him," said Francis. "Two months ago they had a fight. Him and my son were into it out here. I guess that maybe that added up to the build up."

Macneill posted on his Facebook page multiple times while police searched. He told his followers he was leaving North Carolina, and threatened suicide.

Deputies are still actively searching for Macneill, whose address is listed in the 6800 block of Green Creek Drive in Fayetteville. According to our crew on the scene, military police are aiding in the investigation.

Macneill is considered armed and dangerous.