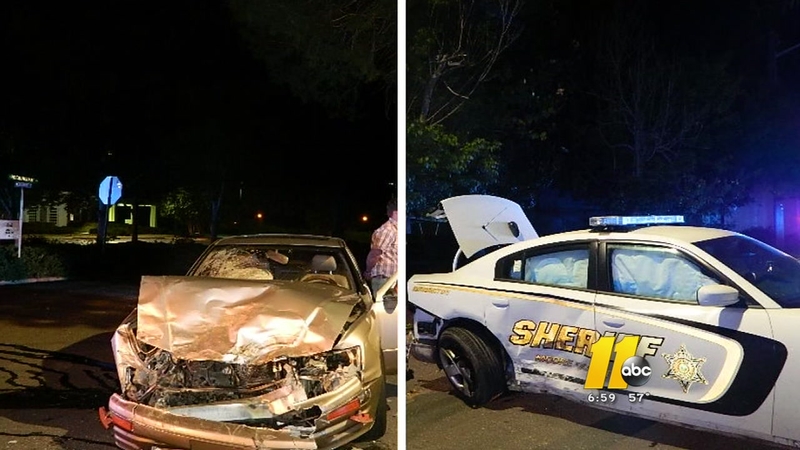 MOORE COUNTY, N.C. (WTVD) -- A speeding car was attempting to evade law enforcement in Robbins early Saturday morning when the driver ran a stop sign and crashed into a Moore County patrol car.

According to authorities, a Robbins police officer tried to pull over a Lexus for speeding around 2 a.m. when the driver refused to stop.

The Aberdeen Times reports that a nearby Moore County Sheriff's Deputy came to assist the Robbins officer when the suspect reportedly ran a stop sign at East Salisbury Street, ramming into the deputy's patrol car.

Fire and EMS workers were called to the intersection of East Salisbury Street and Rockingham Street around 2:13 a.m. to assist the injured female deputy.

The suspect was taken into custody. Authorities have not yet released the suspect's name.