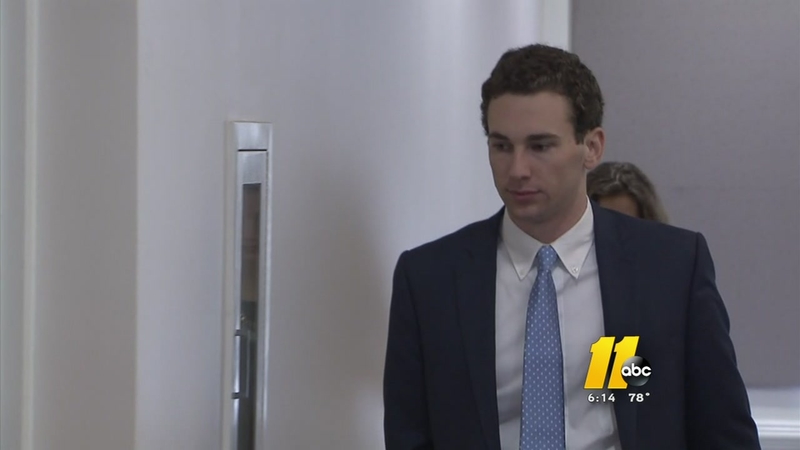 The jury did not find Kania acted with malice - necessary for the stronger charge of murder. They did find him guilty of reckless driving. He was sentenced to 12 - 16 years in prison.

The jury clearly wrestled with the issue, deliberating on Thursday and Friday before coming back with a verdict early Monday afternoon.

Kania spoke in court after being found guilty.

"I am the only one who is deserving of this heartbreak and misery." #chandlerkania sentenced to 12-16 years in prison. #abc11 pic.twitter.com/tEnK47vEm4

"Nothing can be done to erase my mistake. I cannot bring back the lives that were lost," he said.

Watch: Kania speaks in court after being found guilty

Once the verdict was handed down, daughters of the women who died took the stand to share their memories and stories.

"As cliche as it sounds, my mom was my best friend. I talked to her every single day," said Jahlecia Smith.

The lone survivor of the crash also spoke, saying she was angry and wondering how and why it all happened.

The judge reminded Kania of the high price of his actions.

"If there's any good that comes from this tragedy, maybe parents will sit down with their children and talk about drunk driving, that they will hold them close and remind them of what you have done," the judge said.