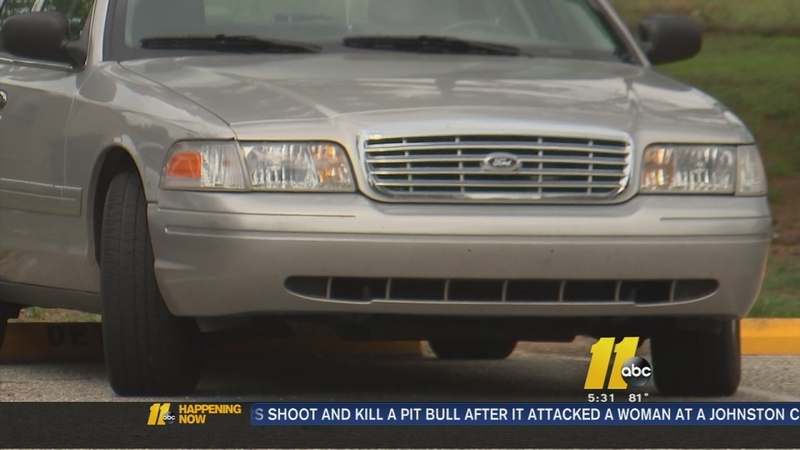 Hope Mills authorities are working to identify a man who impersonated a Cumberland County deputy during a traffic stop earlier this month. The victim reported the impersonator took his gun during that stop.

"I don't know reason he'd have to do this," said Sergeant Sean Swain, a spokesman with the Cumberland County Sheriff's Office. "We do have impersonators from time to time that have been previous law enforcement or would like to be law enforcement and have been turned down."

"What's scary about this situation is this man conducted himself like law enforcement to make [the victim] believe he was law enforcement," Swain continued.

The incident occurred in the late afternoon hours of Aug. 12. The victim told authorities he was stopped for speeding by a clean shaven man wearing a badge on his belt. The man was dressed business casual, like a detective, and driving a gray Crown Victoria with lights in the grill.

The stop was made at the intersection of Golf View Drive and Rockfish Road, across from the Hope Mills Police Department.

"This man felt comfortable enough to make that traffic stop right at the back door of Hope Mills Police Department," said Swain.

The victim was asked to put his hands on his head as the impersonator took the victim's handgun from dashboard, citing a weapons violation.

When they driver didn't receive any official form verifying his gun had been taken, he contacted Cumberland County and found out none of their deputies had stopped him.

The Hope Mills Police Department is investigating the case. The impersonator has been described as a black male, 5'11", and about 200 pounds. The Crown Victoria he was driving was light gray in color.

It's uncommon, but citizens shouldn't hesitate to verify who's stopping them.

Swain also emphasized strobe lights, which are costly and less likely to be purchased by an impersonator.

Once you've slowed down, pull over to a well-lit, well-populated area. You can call 911 to verify the officer or ask for yourself.

"There's not a problem with asking for credentials," said Swain. "He might have a badge but he'll also have a credential saying what agency he works for. Ask for those."

"It's not a problem calling 911 and asking 'Hey, is this really a police officer behind me?'" Regan said.