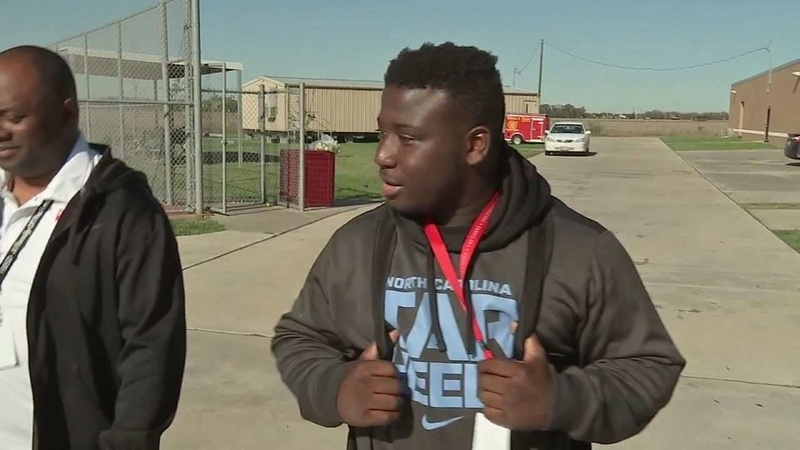 HOUSTON -- Shamar Walker says he did what anyone would have done in the same situation.

"I don't consider myself a hero," said the 18-year-old Travis High School student. "It could have been anyone."

But this week, he was returning carts at his new job at a Ft. Bend County Kroger store, when he heard a woman scream.

"At first I didn't really think much of it," he recalled. "I thought it was just a lady arguing with her son, until I saw him push her down and rip her purse away. That's when I ran after him. I tried to grab him but he jumped in the car with a couple of friends. But I ended up taking the bag from him."

He never found out who that woman was but he's glad he could help her.

"People work too hard for kids to come out and take what's not theirs," he said.

Shamar is a varsity football player at Travis High School. One of his coaches, defensive coordinator Clayton Odom, says what Shamar did is exactly what he'd expect of him.

"That's something he would do for anybody," said Odom. "He'd give anybody the shirt off his back, so I wasn't surprised but I was grateful. I was glad that he was able to get that purse back."

We talked with Kroger's corporate office for southeast Texas.

They tell us they certainly value Shamar as an employee and hope he has a long career with them.

As for Shamar's future plans, he graduates from high school this spring. Then he'll go off to college and says he wants a career in either the military or criminal justice.