How the 'Brexit' Vote Could Impact Americans 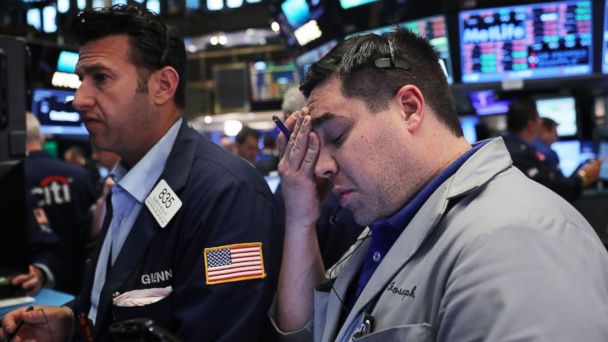 The so-called Brexit vote may seem far removed for most U.S. citizens, but the impact of Britain's exit from the European Union could affect Americans in more ways than one.

About half of the American workforce participates in a company retirement plan, according to an analysis of data compiled by the Pew Charitable Trusts. If this includes you, then you're one of the tens of thousands of people whose investments are at risk from the market turbulence.

As Wall Street joins the global market selloff today, your 401(k) will decrease in value temporarily. The good news is that these retirement funds are long-term investments and should be able to weather the storm in the long run.

"No matter how old you are, we're still looking to the markets to be going up ultimately," Lauren Lyons Cole, a certified financial planner and personal finance editor at the International Business Times, said on a Facebook live video. "Today, [the markets] might be down 2 or 3 percent but that doesn't mean you should sell everything - not by a long shot. You want to just keep steady and continue to watch it."

American households and would-be homeowners will likely see mortgage rates and the cost of buying a house drop, at least in the short term. Investors are currently selling off riskier assets for safe havens, like U.S. Treasuries and gold. As demand for government debt soars, interest rates will fall, with the potential to cause mortgage rates to drop.

"In the short term, the move by Britain will unsettle financial markets both in the U.S. and abroad, and likely lead investors to seek haven in safe assets outside of the U.K. and Europe," said Boston College economics professor Robert Murphy. "With a spike in demand for safe U.S. Treasury bonds, yields are likely to move downward.And as investors shift into dollar-denominated assets, the dollar will gain strength against the euro and the pound."

The yield on the 10-year Treasury fell to 1.57 percent earlier today, according to Bloomberg Bond Trader data. The last time it was this low was in 2012 and mortgage rates followed suit.

The average 30-year, fixed-rate mortgage has also sunk to nearly a three-year low in the past month, hovering around 3.7 percent. Financial analysts expect the Brexit vote to drive down rates even further in the coming weeks.

"If you're a borrower, don't wait to lock your rate," Greg McBride, chief financial analyst at Bankrate, told The Washington Post today. "As this opportunity may not last long."

At the current average rate, you'll pay roughly $462 a month in principal and interest for every $100,000 you borrow, according to Bankrate.

The U.S. dollar is surging in value in the exchange markets, which will drive up the cost for U.S. exports to the U.K. and elsewhere in Europe. This could bring down sales and profits for U.S.-based multinational companies, because the United Kingdom and the E.U. are huge export markets for the United States, totaling about $328 billion last year, according to the U.S. Census Bureau. Thirty firms in the S&P 500 generate more than 10 percent of their sales from the United Kingdom, according to data from FactSet Research.

"With the E.U. being its largest trading partner, any slowdown in Europe will weaken growth in the U.S. over the near term," said Murphy, a former economist with the Clinton Administration. "Longer-term consequences of Brexit depend on how quickly the process of negotiating new trade and financial arrangements between Britain, the E.U., and other countries takes place.This surely will take several years, meaning that negative economic consequences are likely to be felt for some time."

Also, E.U. membership allows financial firms in the U.K. a "passport" to do business across the other 27 countries. That means American companies can do the same anywhere in the E.U. as long as they set up a branch or subsidiary in a member states. Forty percent of the world's top 250 multinational companies have their European headquarters in London, according to research by Deloitte. The loss of this "passport" will hit American businesses operating out of the U.K.

The International Monetary Fund has warned that a Brexit could force the U.K. into a recession. But as the British pound and other European currencies shed value against the U.S. dollar, that trip to London is looking more and more affordable. This means traveling to the U.K. and the rest of Europe will likely become considerably cheaper for U.S. citizens in the coming weeks.