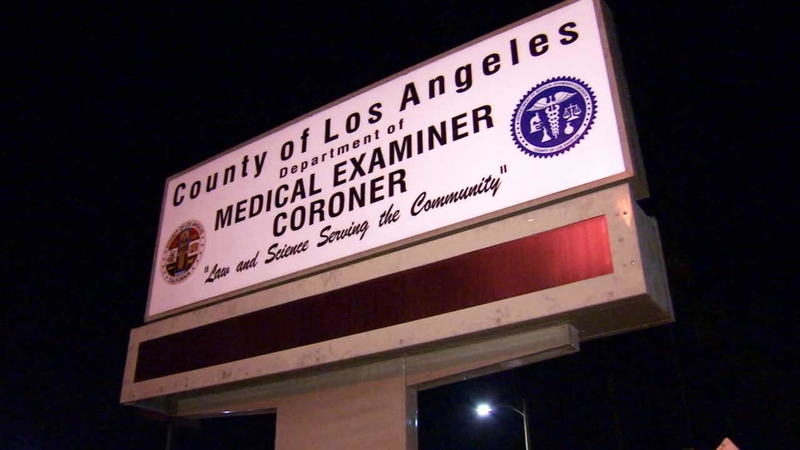 LOS ANGELES -- A human leg was stolen Monday from a vehicle belonging to One Legacy, a nonprofit organ and tissue organization that works with the Los Angeles County Medical Examiner-Coroner's Office.

The theft occurred at about 3 a.m. outside an eatery in downtown Los Angeles after staff members picked up the leg and stopped to grab a bite to eat, according to Mark Fajardo, the county's chief medical examiner-coroner.

When the employees returned to their vehicle parked near the Original Pantry Cafe, they noticed the window of their unmarked vehicle had been smashed. The thieves allegedly stole an ice chest, which was chilling the leg, and at least two bags.

It was unclear if the thieves knew they had stolen a human body part.

In a statement, One Legacy said it has notified the donor's family and instituted a corrective action plan in the wake of the theft, requiring employees to never leave organs and tissues unattended in a vehicle.

One Legacy and the coroner's office said they have obtained a DNA sample from the donor to aid in the investigation in the possibility that a leg is recovered.

The coroner's office released the following statement on Wednesday: The Office of Medical Examiner-Coroner is aware of-and distressed by-the theft of a body part after its transfer from the County to One Legacy, our organ and tissue procurement organization. This harvesting was done with the permission of the next of kin. At this time, as we continue to gather details, the department will have no additional comment."

Meanwhile, the coroner's office suspects a member of their staff leaked details regarding the stolen leg to the media.

"As it stands today, we do not know who 'leaked' the information, but it appears at face value to be one of my employees," Fajardo said in an incident report to the L.A. County Board of Supervisors.

Anyone with information on the theft was urged to contact the Los Angeles Police Department.