WTVD
FORT BRAGG, N.C. (WTVD) -- The names and faces of the 82nd Airborne soldiers may constantly changed, but what the division showed Thursday is that its legacy, honor, and courage will always be one of America's strongest core values.

Hundreds of soldiers participated. This is the one day each year the 82nd Airborne gets to strut its stuff and show folks, and the world, what they can do.

And the folks here will tell you, no one does it better. This was the grand finale of All-American Week, a show of force for the home-front and the world.

"Every single one of them is willing to jump, fight, and win tonight if called," said 82nd Commander Gen. Richard Clark. "We remain on the tip of the spear for the Army as a global response force, and that is a solemn duty."

Thursday's event began with parachutes filling the sky over Sicily drop zone, more than a dozen C-17s and C-130s dropped tons of combat equipment and more than 1,000 paratroopers.

Inside the planes, paratroopers in combat gear counted the minutes until they jumped into Carolina blue skies. They are a fearsome sight to an enemy.

On the ground, 82nd veteran Dave Reed from Michigan said it doesn't get much better than this.

"I smell the inside of the airplane, I can almost feel the excitement and frustration sitting here," Reed shared.

The grandstands were packed. Retired Army Sgt. Donald Wilson wanted his grandchildren to see some of what he used to do.

"[I hope my children see] the inspiration, what the military brings to the community and to the world."

The boom of artillery echoed across the drop zone, and Apache helicopters roared over the troops.

"This is what we do. It's what separates us from the rest of the Army," said 82nd spokesperson Joe Bush. "We jump out of planes!"

Among the spectators was former division commander Major Gen. Carl Stiner, who led the 82nd in the Panama invasion.

"They are as good as always, motivated for the right reasons, serving their country," Stiner said. "And we can not be better served."

The past and the present saluted each other as 82nd veterans marched in review. Army undersevretary Patrick Murphy, an 82nd and Iraq War veteran called the 82nd one of the Army's toughest units.

"To be here, back at Fort Bragg North Carolina, to celebrate All-American Week, to be with people like Gen. Clark and my fellow paratroopers...it makes you rejuvenated about our country," Murphy explained.

Their commander says the 82nd troops are the tip of the spear, and will never back down from a fight. 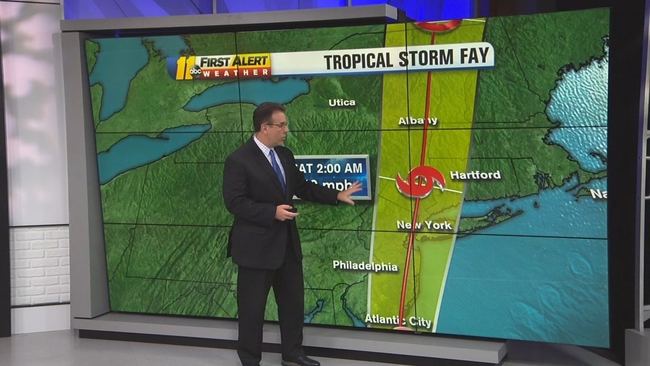